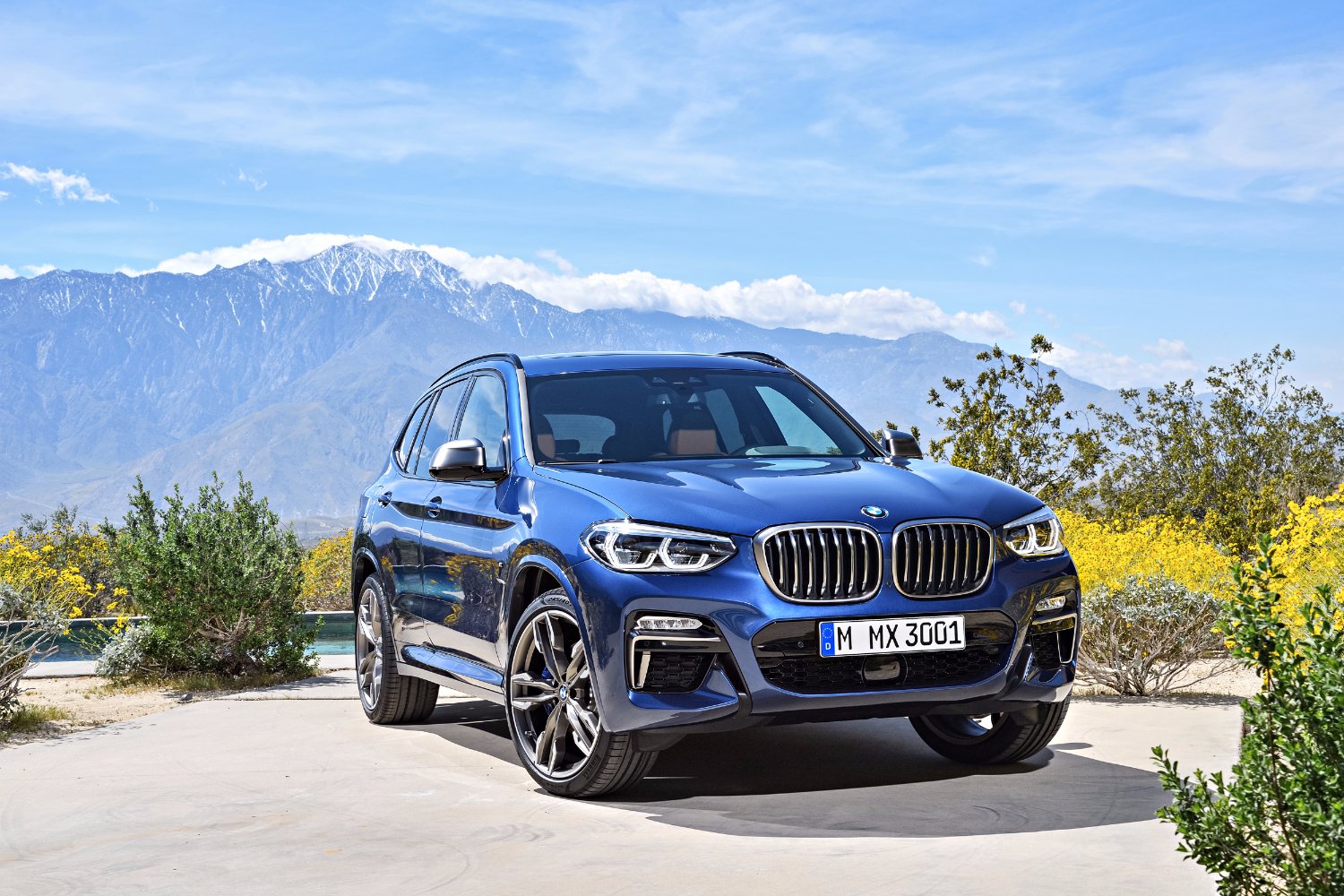 The BMW X1 xDrive20d (combined fuel consumption: 4.8 – 4.7 l/100 km; combined CO2 emissions: 127 – 123 g/km) will in future come with the 8-speed Steptronic transmission as standard. Moreover, as from November 2017, the range of optional light alloy wheels for the compact Sports Activity Vehicle (SAV) will be complemented by five new variants. In addition to the introduction of the BMW Connected Services Microsoft Office 365 with Skype for Business, the upgrade of BMW Connected+ with new personalised digital mobility services will ensure further advancement in the field of intelligent networking. Starting in the autumn of 2017, the number of cities in which the digital parking space search service On-Street Parking Information can be utilized will increase even further.

From November 2017, the fleet of exceptionally sporty BMW M Performance automobiles will be complemented by a fascinatingly powerful but also impressively efficient model variant of the new BMW 5 Series Touring. The new BMW M550d xDrive Touring will feature the most powerful six-cylinder diesel engine available worldwide. The M Performance TwinPower Turbo technology used on the 3-litre, straight six-cylinder power unit comprises multi-stage charging with four turbochargers and Common Rail direct injection operating at a maximum pressure of more than 2,500 bar. A maximum power output of 294 kW/400 hp and a peak torque of 760 Nm available between 2, 000 and 3, 000 rpm ensure spontaneous response and constant power delivery across the entire speed range.

The BMW M550d xDrive Touring brings its exceptional engine performance to the tarmac via an 8-speed sports transmission and intelligent rear-wheel oriented four-wheel drive technology and accelerates from a standstill to 100 km/h in just 4.6 seconds. The sporty diesel engine convinces not only with highly responsive performance characteristics, but also with impressive fuel economy. Combined fuel consumption of the new BMW M550d xDrive Touring is between 6.7 and 6.4 litres per 100 km with CO2 emission levels of 176 to 168 grams per km (figures as per EU test cycle, depending on selected tyre size).

As from November 2017, the model range of the new BMW 6 Series Gran Turismo will be extended with the production start of a second diesel engine variant. The new BMW 640d xDrive Gran Turismo combines sporty performance and supreme ride comfort with a high level of efficiency. Its 3-litre straight six-cylinder engine with BMW TwinPower Turbo technology features multi-stage charging with variable intake geometry for the high and low pressure chargers as well as Common Rail direct injection. It delivers 235 kW/320 hp and a maximum torque of 680 Nm.

In conjunction with an 8-speed Steptronic transmission and the intelligent four-wheel drive system xDrive, the powerful diesel engine allows the new BMW 640d xDrive Gran Turismo to accelerate from 0 to100 km/h in 5.3 seconds. Combined fuel consumption is between 6.2 and 5.8 litres per 100 km, with corresponding CO2 emission levels of 163 to 153 grams per km (figures as per EU test cycle, depending on selected tyre size).

Starting November 2017, the 140 kW/190 hp four-cylinder engine in the BMW X1 xDrive20d will come as standard in conjunction with an 8-speed Steptronic transmission, allowing the compact SAV to accelerate from a standstill to 100 km/h in 7.9 seconds. Average fuel consumption of the BMW X1 xDrive20d is between 4.8 and 4.7 litres per 100 km and CO2 emissions 127 to 123 grams per km (figures as per EU test cycle, depending on selected tyre size).

Furthermore, the range of light alloy wheels optionally available for the BMW X1 will be upgraded. The choice will comprise five new variants ranging from 17-inch wheels with aerodynamically optimised turbine styling to 19-inch M light alloy wheels in a double-spoke design and bicolour optics.

Enhanced networking and productivity inside the vehicle: Microsoft Office 365 with Skype for Business, On-Street Parking Information in further European cities.

With the integrated function Microsoft Office 365, BMW is the first manufacturer to offer a safe server connection for the exchange and processing of mails, calendar entries and contact data. This function allows direct transfer of addresses from calendar entries into the navigation system and selection of telephone numbers via the connected mobile telephone. Moreover, from the end of September 2017, it will be possible to use the Unified Communication solution Skype for Business from Microsoft inside the car. This service is also fully integrated into the onboard iDrive control system. Upcoming telephone conferences are automatically identified. It is possible to participate simply by pressing the controller. During the journey, the name of those taking part in the discussion can be shown on the Control Display. The new BMW ConnectedDrive service will first be available in Germany, Great Britain and France. Additional countries are to follow at the end of 2017.

From the autumn of 2017, the number of European cities in which the unique On-Street Parking Information service, which assists the driver in finding a free parking space at the roadside, will be extended even further. The digital parking space finder, which is available in conjunction with the Real Time Traffic Information (RTTI) service for all current BMW models, can be also used in the Swedish cities of Stockholm, Gothenburg and Malmö as well as in the French cities of Paris, Lyon, Marseille, Nice, Nantes and Toulouse. Moreover, the cities of London, Manchester, Liverpool, Birmingham, Bristol, Sheffield, Glasgow, Edinburgh and Belfast in the UK have been added to this list.

The intelligent networking of the vehicle and the driver’s Smartphone will be further intensified with the service package BMW Connected+. Since July 2017 the extended range of digital services has been available for all current BMW models and BMW i models and comprises the highly personalised and simple display of Smartphone contents inside the car as well as new mobility services.