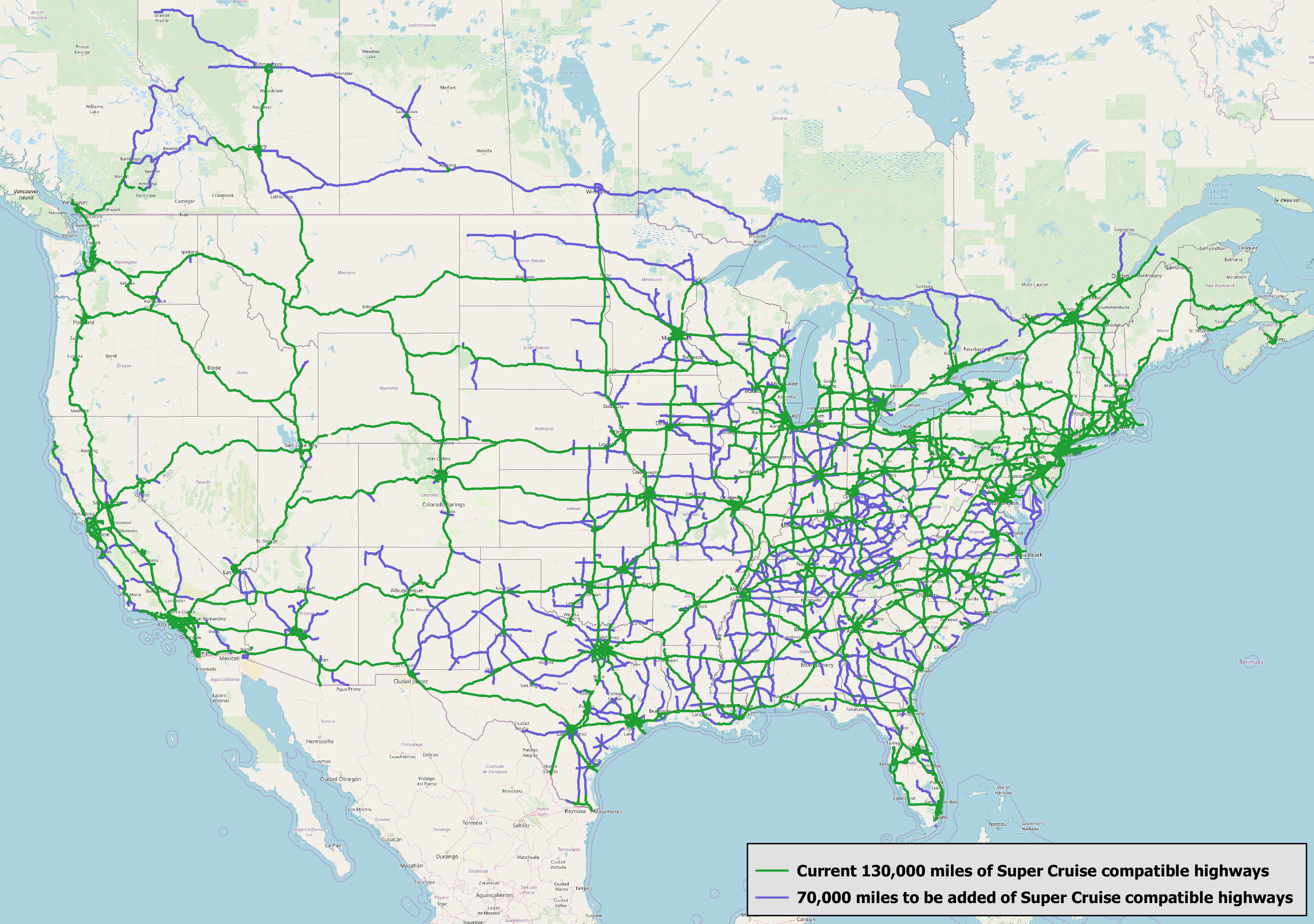 Cadillac is expanding the availability of Super Cruise to an additional 70,000 miles of compatible, divided highways in the United States and Canada. This expansion will make the industry’s first true hands-free driver assistance feature available on more than 200,000 total miles of compatible highways by the fourth quarter of 2019.

To date, Super Cruise has been available on more than 130,000 miles of limited-access freeways. The expansion builds on Super Cruise’s unique combination of precision LiDAR map data, high-precision GPS, a state-of-the-art Driver Attention System and a network of camera and radar sensors. Some of the divided highways added will include limited intersections and traffic control devices. In the cases of railroad crossings, pedestrian crossings, stoplights or stop signs, Super Cruise will alert drivers to take back control of the vehicle.  As always, it remains important for drivers to stay engaged and vigilant at all times while Super Cruise is engaged.

To enable the expanded functionality, an enhancement to the Super Cruise system will be available to 2018 and 2019 model year Cadillac CT6 owners through their Cadillac dealer. Following the completion of the system enhancement, the new, additional map miles will be sent to customer vehicles over the air throughout the summer and fall.

In addition to the mileage expansion, the software update will also include performance improvements, enhancements to increase Super Cruise availability and enhancements to the Driver Attention System.

“We are constantly working to make Super Cruise the most beneficial system for our customers,” said Mario Maiorana, Super Cruise chief engineer. “Expanding our offering of compatible highways will allow people the ease and convenience of traveling hands-free more often.”

Last year, Cadillac made updates to its Super Cruise driver assistance feature based on customer feedback, including making Super Cruise activation easier for the driver and adding dynamic lane offset so that a CT6 with Super Cruise activated can adjust slightly over in its lane for driver comfort when passing large vehicles. Gauge cluster messages were also added, to inform drivers why Super Cruise may be not be available in certain instances.