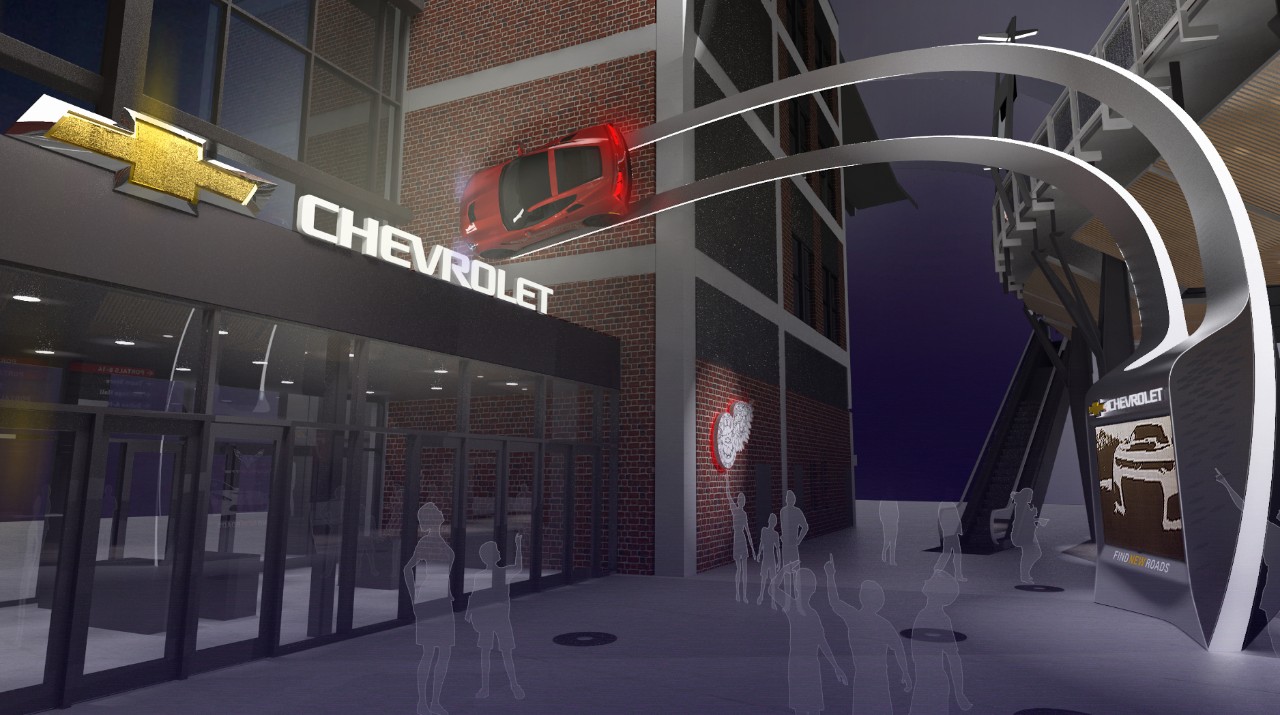 Home to the Detroit Red Wings, other sports and entertainment events, concerts, family shows and community functions, the new arena will open ahead of the 2017-2018 hockey season and is expected to offer an exceptional viewing experience for sporting and music events.

“We have enjoyed a fantastic relationship with the Detroit Red Wings and it was an honor for Chevrolet to celebrate the historic final season with the team and the fans at Joe Louis Arena,” said Paul Edwards, U.S. vice president of Chevrolet Marketing. “We look forward to continuing to support the Red Wings and the revitalization of our hometown, the City of Detroit, as a landmark partner in the new Little Caesars Arena — a perfect complement to our partnership with the Detroit Tigers and presence at Comerica Park.”

Chevrolet’s imprint on Little Caesars Arena will be evident throughout, with branding of the northeast entrance along Detroit’s famous Woodward Avenue, as well as the Chevrolet Plaza, the distinctive event space on the west side of the arena that will feature a giant video screen and concert and community programming throughout the year. Chevrolet nameplates will be incorporated into unique and unexpected displays, and the brand’s signature bowtie will be showcased in several key locations including one of four in-ice partners.

“We are delighted to expand our partnership with Chevrolet, one of the most recognizable, respected brands in the world,” said Tom Wilson, president and CEO of Olympia Entertainment. “Adding another Detroit-based name to Little Caesars Arena is a significant point of pride, and one our fans will enthusiastically embrace.”

In addition to its partnership with the Detroit Red Wings, Chevrolet is also the official vehicle of several other Ilitch companies, including the Detroit Tigers, the Fox Theatre and Olympia Entertainment. Red Wings forward and NHL All-Star Dylan Larkin also serves as a Chevrolet brand ambassador.

Construction of Little Caesars Arena is on track for a September 2017 opening.

Exciting features of the new facility include:

The District Detroit is one of the largest sports and entertainment developments in the country. Located in the heart of Detroit, this 50-block, mixed-use development led by the Ilitch organization unites six world-class theaters, five neighborhoods and three professional sports venues in one vibrant, walkable destination for people who want to live, work and play in an exciting urban environment. Home to the Detroit Tigers, Detroit Red Wings, Detroit Pistons and Detroit Lions, The District Detroit represents the greatest density of professional sports teams in one downtown core in the country. Learn more at www.DistrictDetroit.com.