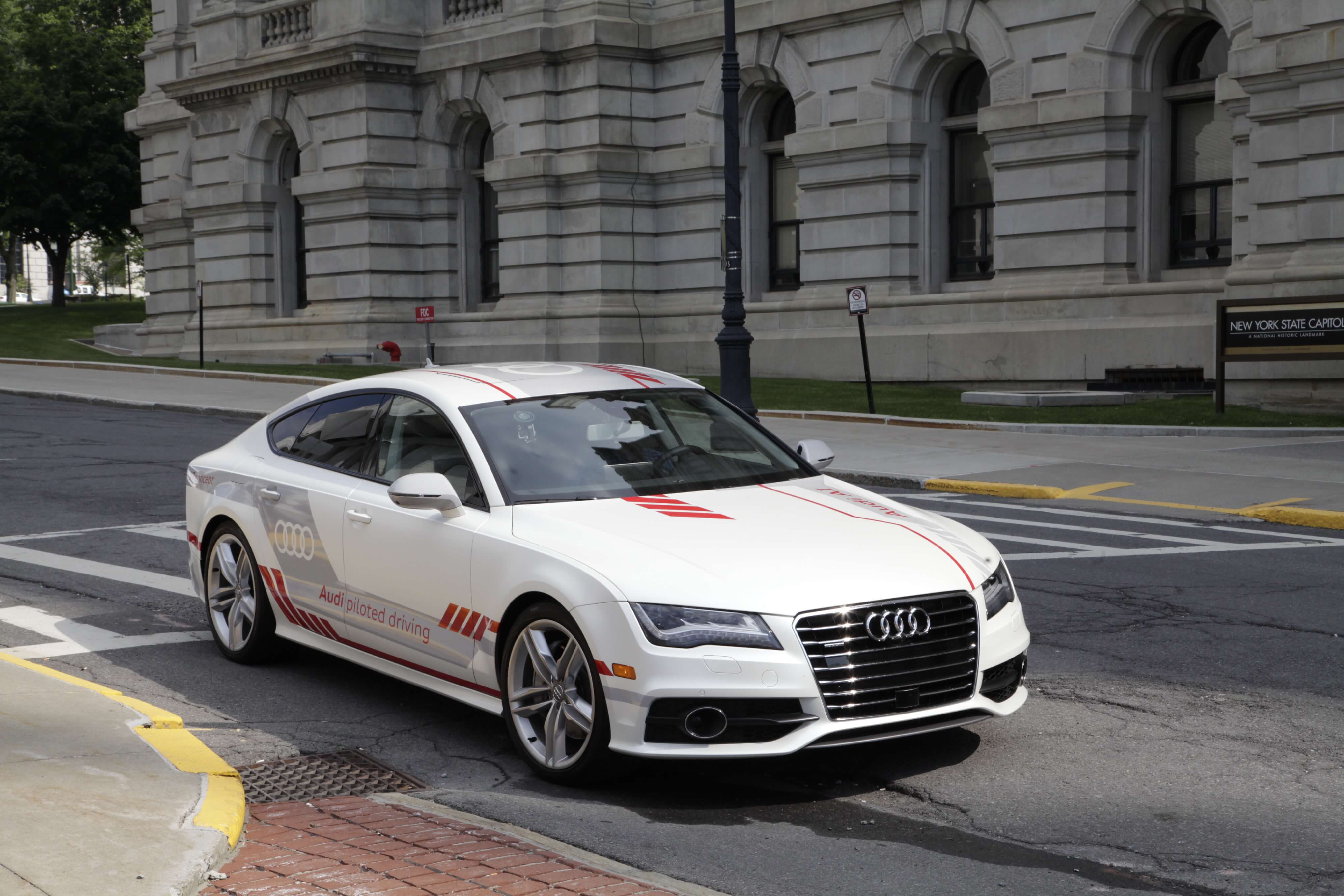 Audi became the first company to demonstrate an automated vehicle in New York, at an event near the state capitol today.

The vehicle is capable of automated driving at posted highway speeds when specific conditions are met. Two trained engineers are in the vehicle to monitor the system and ensure safety, one in the front seat and one in the back. Audi’s demonstration vehicle has already safely logged thousands of miles on limited access highways across the U.S.

“Audi, with the partnership of forward-thinking states like New York, are at the forefront of defining the future of transportation,’’ said Scott Keogh, president of Audi of America. “That kind of innovation only happens with industry and government working hand-in-hand toward a shared goal of safer roads.”

New York recently selected Audi of America as the first company approved to perform autonomous vehicle testing in the state after Governor Andrew Cuomo announced that the state was accepting applications from companies interested in testing or demonstrating autonomous vehicles on public roads.

New legislation included in New York’s FY 2018 budget allows for testing autonomous technology through a year-long pilot program. Audi’s vehicle routing information for the Albany demonstration has been pre-approved by the New York State Police and its application was approved by the Department of Motor Vehicles. State Police review the route to be taken, and are required to supervise the demonstration.

The dual study program at Audi: career opportunity for youngsters

20 years of A6 Avant with offroad qualities: the new Audi A6 allroad quattro

Avant-garde: the new Audi A6 Avant