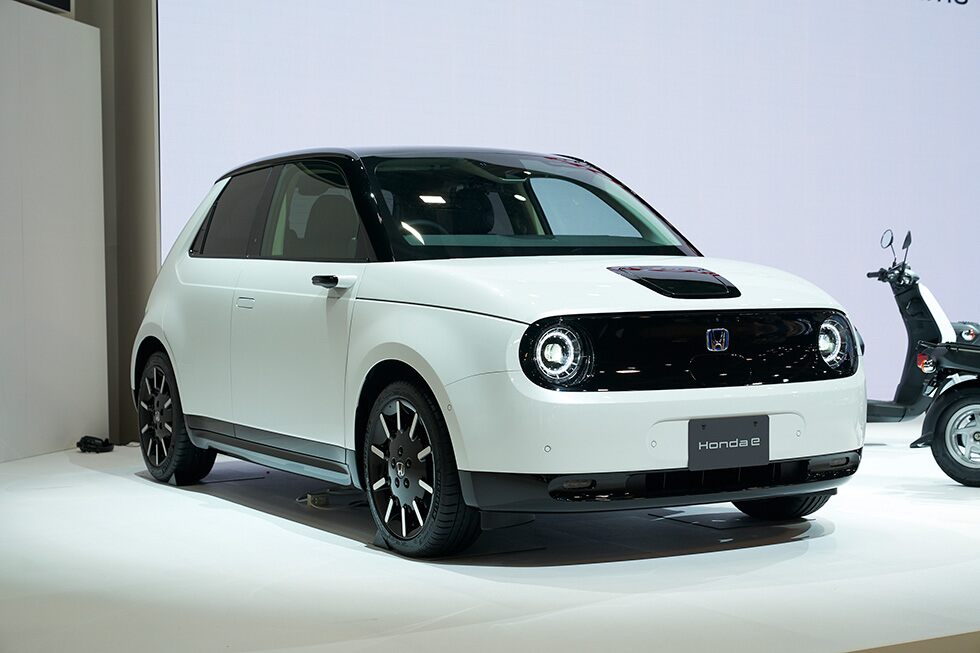 Honda announced that the all-new Honda e electric vehicle and the CBR1000RR-R FIREBLADE supersport bike won product design awards in one of the most respected awards in the world, the Red Dot Award.

Honda e won “Red Dot: Best of the Best 2020” in the automobile category, and also received “Red Dot 2020” in the meta category of “Smart Products”.

Honda e is a new-generation electric vehicle focused on a simple design and ease of use built upon Honda’s philosophy of human-centric design, while bringing new values to customers that meet the needs of modern urban life through seamlessly connected technology and outstanding driving dynamics. Honda e’s dashboard features two large touchscreens which display a wide range of applications and connected infotainment services in a lounge-like atmosphere, seamlessly integrating with the occupants’ urban lifestyle. By accessing various connected services displayed on these large touchscreens, the driver and occupants can enjoy the same connectivity and comfort while driving, stationary or charging. The battery is situated under the floor, realizing a low center of gravity and a firm footing despite its small size, and contributes to an optimum balance between stability and handling.

The CBR1000RR-R FIREBLADE was announced at EICMA 2019 in Milan, Italy in November 2019, with sales soon beginning in Europe.

Positioned as the top flagship of CBR series, the CBR1000RR-R FIREBLADE was developed with the concept, “TOTAL CONTROL for the Track”, pursuing high performance on the track and in races. Its engine was designed with technologies from the RC213V MotoGP machine which continues to win world titles, resulting in the most powerful engine for a CBR yet. The frame has enhanced stability under acceleration and braking, and with the help of advanced electronic control system supporting sport riding, its potential has been further enhanced. Honda believes CBR1000RR-R FIREBLADE won the award in part due to its functional beauty honed through pursuing the limits of high-performance and radical new form to achieve uncompromising function not only in the public roads, but also in the circuit.