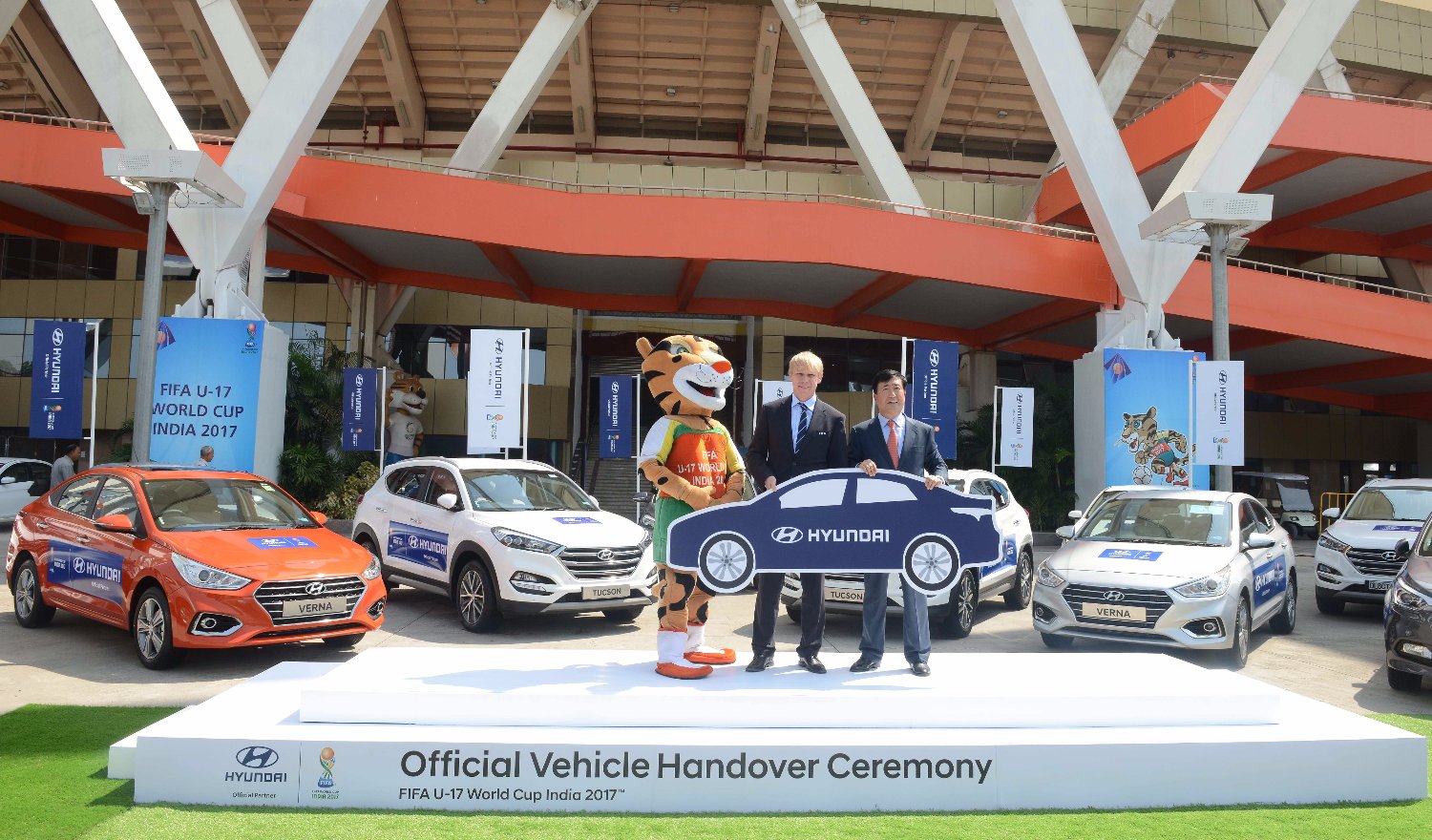 Hyundai Motor India Ltd. (HMIL), the country’s second largest car manufacturer and the number one exporter since inception, today announced as an exclusive right to provide transportation of FIFA officials through premium Hyundai cars during the FIFA U17 World Cup Tournament starting October 6, 2017 in India.

Speaking at official cars handover ceremony, Mr. Y K Koo, Managing Director and CEO, Hyundai Motor India Ltd. said, “Hyundai is proud to partner with The FIFA U17 World Cup being hosted for the first time in India. At Hyundai, we understand the passion of the Indian football fans and want to keep the excitement around Hyundai brand alive by engaging with our customers at every point. Football is a game of passion, a game of heart; For every fan, football drives them and as a dynamic automotive brand, HMIL has always been associated globally with diverse sport activities.”

Hyundai has also planned a number of interactive engagement with the young footballs fans in the country through digital campaigns #FuelTheGame and #FootballerInYou. In #FuelTheGame fans can submit slogans in support of their favorite U17 players just before the opening ceremony. Through #FootballerInYou fans will be asked to upload films of their own football skills. Both the campaigns will be on throughout the entire tournament period.
The FIFA U-17 World Cup is the Football World Championship for male players under the age of 17 and is held every two years. The tournament was first staged in China in 1985 and most recently held in Chile in 2015, when the competition was won by Nigeria.

Hyundai has lined up exclusive engagement activities and merchandise distribution for its customers around FIFA U17 World Cup at its dealerships in the 6 host cities in India.