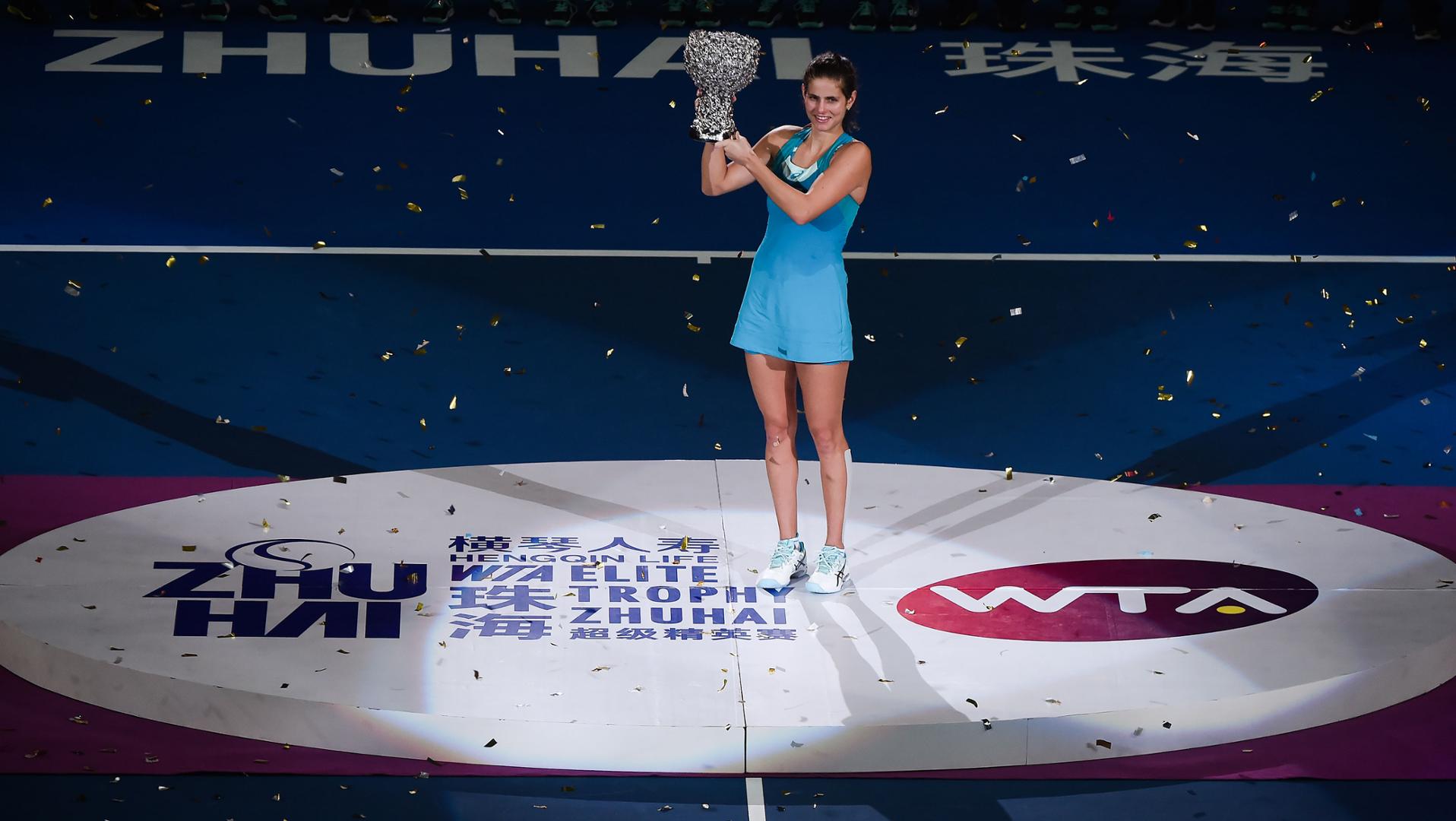 In the final of the second season-ending tournament alongside Singapore on the WTA Tour, the Porsche Team Germany player convincingly beat the American CoCo Vandeweghe 7-5, 6-1 in front of the tennis legend Steffi Graf. The 29-year old German will now enter the winter break as the world No. 14, the highest ever ranking for the winner of the 2011 Porsche Tennis Grand Prix.

Her win at the WTA tournament in Moscow two weeks ago handed Julia Görges a last-minute berth at the WTA Elite Trophy. At the finale to the season for the twelve top-placed players that were not in the Singapore line-up, she showed herself to be impressive form right from the start. After straight sets wins in the group stage against Magdalena Rybarikova (Slovakia) and Kristina Mladenovic (France) and another in the semifinal against Anastasija Sevastova (Latvia), she reached the final without dropping a set. After Serena Williams and Kristina Pliskova, she became the third player to break the magical barrier of 400 aces in the season. Despite falling 5-2 behind in the final against the No. 2 seed, the German secured the first set with an impressive battling performance. In the second, she took full advantage of her powerful forehand to allow her opponent only one game.

“Ending a long and hard season with such a win is an incredible feeling. There’s nothing nicer,” said Julia Görges. “I knew it was going to be my last match of the year and I went out there wanting to give it my all. At the same time, I tried to enjoy the match. After all, you don’t play such a big final every day.”