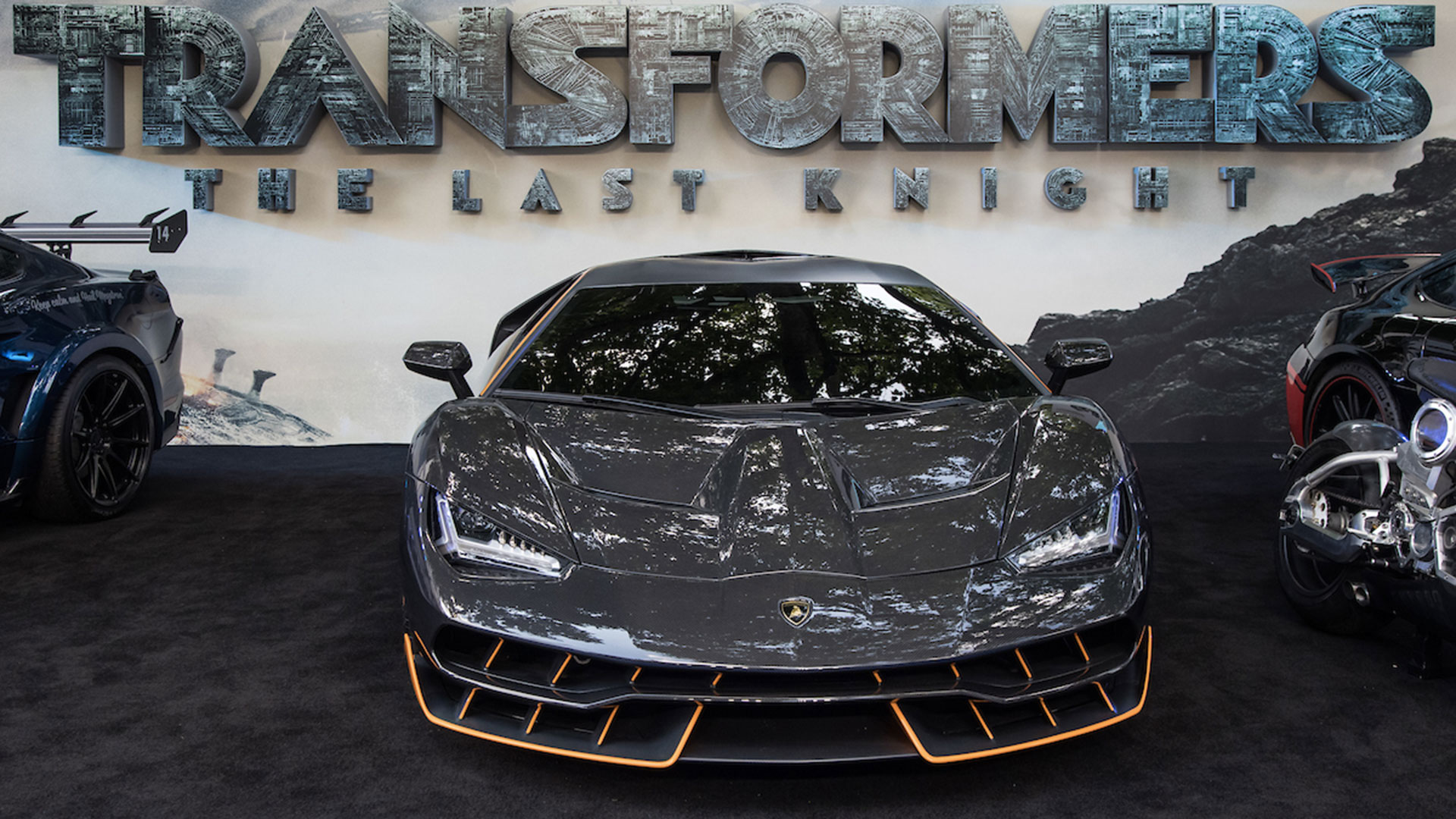 The spotlight was on the Lamborghini Centenario yesterday in London’s Leicester Square during the première of the highly anticipated Transformers – The Last Knight, the fifth installment of this successful saga.

This year sees the début of the character Hot Rod, a.k.a. Rodimus Prime, an ally of astronomer Sir Edmund Burton. Hot Rod will appear in the form of one of the crown jewels of Sant’Agata Bolognese: the Lamborghini Centenario, a coupé valued at 1.75 million dollars, capable of speeds of 350 km/h. Only 20 have ever been built.

The Centenario will play a crucial role in the film, given that Hot Rod, trained by Optimus Prime and the Autobots, will have to save the world from Unicron. The movie will be in theaters worldwide starting June 21, 2017.