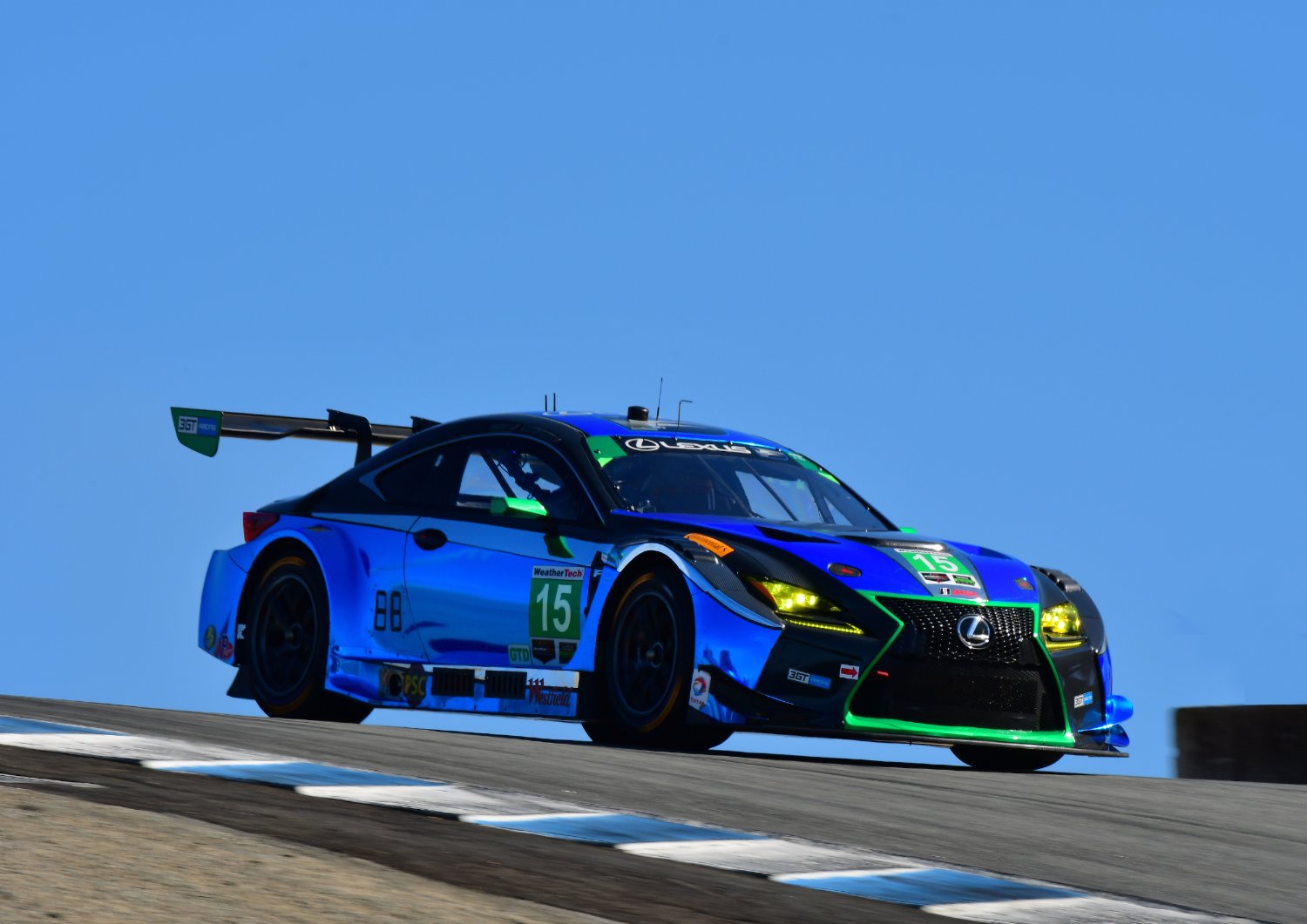 Lexus and 3GT Racing will close out their first season racing the Lexus RC F GT3 in the GTD class of the IMSA WeatherTech SportsCar Championship at Road Atlanta in the 10-hour Motul Petit Le Mans on Saturday.

The Lexus RC F GT3 will make its Road Atlanta race debut this weekend in the IMSA WeatherTech SportsCar Championship season-finale, however 3GT Racing drivers have quite a bit of experience at the 12-turn, 2.54-mile road course located on the outskirts of Atlanta. Scott Pruett earned podium finishes in his last three starts at Road Atlanta, including a win from the pole in 2013, a third-place finish in 2014 and a runner-up result in 2015 – all while driving a Prototype. Robert Alon was victorious most recently at the Atlanta road course, winning from the pole position in the Prototype Challenge class last year. Jack Hawksworth competed in the Petit Le Mans at Road Atlanta in 2014 and 2015, earning a pole position in the Prototype Challenge class in 2014. Sage Karam finished runner-up in the Star Mazda Series race in 2012, where he ran the fastest lap of the race around the 2.54-mile circuit.

Along with the four full-time drivers, 3GT Racing welcomes back two familiar faces to the team’s lineup for the season-finale event with endurance racers Austin Cindric and Ian James. Nineteen-year-old Cindric will join Hawksworth and Pruett in the No. 15 Lexus while James will return to the No. 14 RC F GT3 sharing driving duties with Alon and Karam for the first time since competing with the team at Sebring International Raceway in March. Cindric, who also competes full-time in the NASCAR Camping World Truck Series, won his first career NASCAR national series race recently at Canadian Tire Motorsports Park and is currently competing in the series’ Playoffs. James has earned six wins and 10 podiums in Pirelli World Challenge competition this year.

There have been quite a few highlights throughout the inaugural season and 3GT Racing drivers will look to step on the podium for the first time this weekend. The No. 14 Lexus has recorded seven top-10 finishes in 11 races this year, including a season-best fifth-place result in Canada, while the No. 15 has registered four top-10 results, including a fifth-place finish at Watkins Glen.

Lexus RC F GT3s have led laps in five races this season, including the No. 15 Lexus pacing the field for 26 laps in its debut at the Rolex 24 at Daytona. Karam earned the first pole position for the new program in the No. 14 Lexus with a track record time at Canadian Tire Motorsports Park in early July and went on to lead a season-high 35 laps in the race at Canada, while Hawksworth led 29 laps in the No. 15 RC F GT3 around Lime Rock Park later that month.

Hawksworth also ran the quickest lap in the GTD class behind the wheel of the Lexus RC F GT3 in two races this season, including the six-hour endurance race at Watkins Glen and at Road America.

With The All-New 2018 LS, Lexus Reimagines Its Global Flagship Sedan