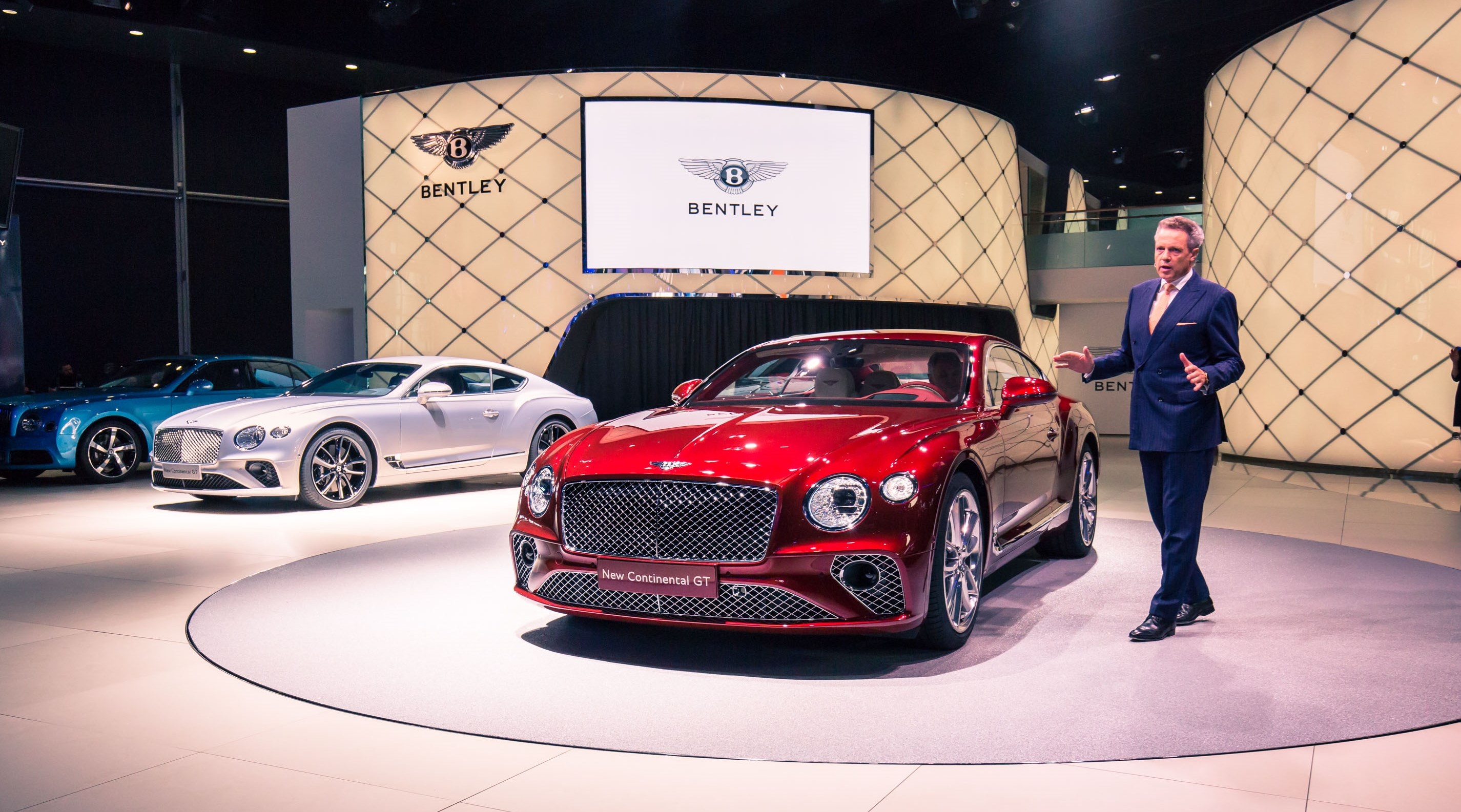 Commenting on its unveiling, Chairman and CEO, Wolfgang Dürheimer, said: “Today is a defining moment for Bentley Motors. Today we build on our recent success story and look to the future with a new car that will set new standards in luxury grand touring. Today we introduce a car that is the ultimate in extraordinary design, technology and innovation.”

“When Bentley launched the original Continental GT in 2003 it established an entirely new market segment – the modern luxury grand tourer. Today, I’m convinced that we are redefining this segment again. It is an honour to replace a car that has – for 14 years – been the benchmark against which all other grand tourers are judged.”

The third generation of the legendary Bentley Continental GT is designed, engineered and handcrafted in Great Britain, ensuring the highest levels of attention to detail, artistry and cutting-edge technology are blended together to create the finest grand tourer ever produced.

The new Bentley Continental GT is available to order now with customer deliveries starting in Q2 next year and Bentley has confirmed that a plug-in hybrid model will be available in the future.