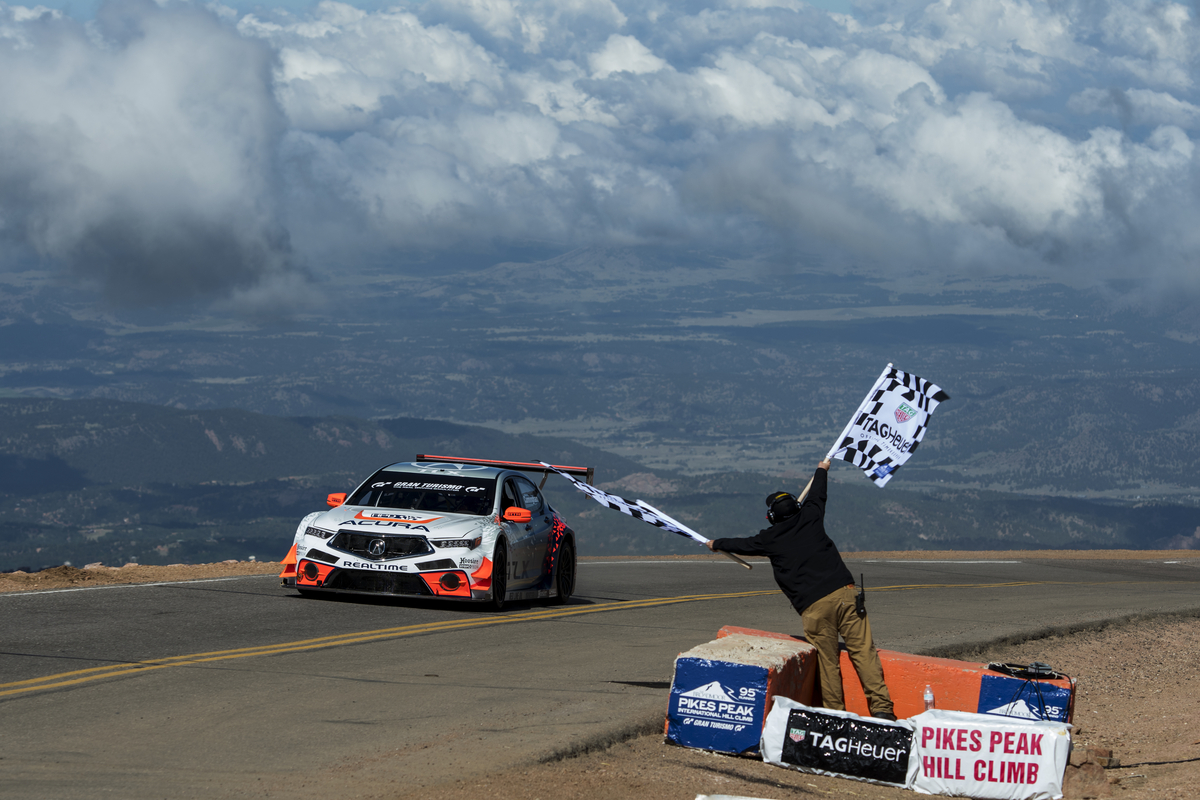 Acura entries were victorious at the 95th running of The Broadmoor Pikes Peak International Hill Climb this past weekend. Making its first run to the 14,115-foot summit, the TLX GT, driven by long-time Acura race car driver Peter Cunningham, set a new Open Class record with a time of 9:33.797, finishing second overall and earning Cunningham “Rookie of the Year” honors for the annual event. The 2018 Acura TLX A-Spec, making its racing debut, won the top spot in the Exhibition Class with a time of 11:03.655, while the production-based NSX with GT3-inspired modifications earned a podium finish in 10:03.433, taking third place in the Time Attack 1 class.

“Just an incredible month of June was had by RealTime Racing in Colorado. Today’s result on the hill is the culmination of a ton of hard work by my team and the Honda Performance Development group,” said Cunningham. “The No. 42 Acura TLX GT achieved 100 percent reliability and great speed, including the time that mattered today on our one 12.42-mile run from the 9,390-foot start line to the 14,115-foot summit. “Congratulations to my Acura teammates Nick Robinson, securing the Exhibition Class title, and James Robinson, bringing home a podium in his Time Attack 1 NSX,” continued Cunningham. “A fantastic day for Acura at Pikes Peak!”

“I couldn’t be happier with our finish today with the Time Attack 1 NSX,” said James Robinson. “Our time of 10:03 was very close to our goal to get a mass production NSX under 10 minutes. I think this speaks directly to the effectiveness of the Sport Hybrid Super Handling All-Wheel Drive. In addition, we were able to get a third place in the Time Attack 1 class, and 7th fastest car overall.

“I’m very proud to say that we were able to give the brand-new 2018 Acura TLX A-Spec its first win here at Pikes Peak,” said Nick Robinson. “Combined with Peter’s win in the Open Class, I think we’ve really shown the Precision Crafted Performance of the TLX here at America’s Mountain!”

This is the sixth consecutive year that Acura has raced vehicles in the Pikes Peak event.