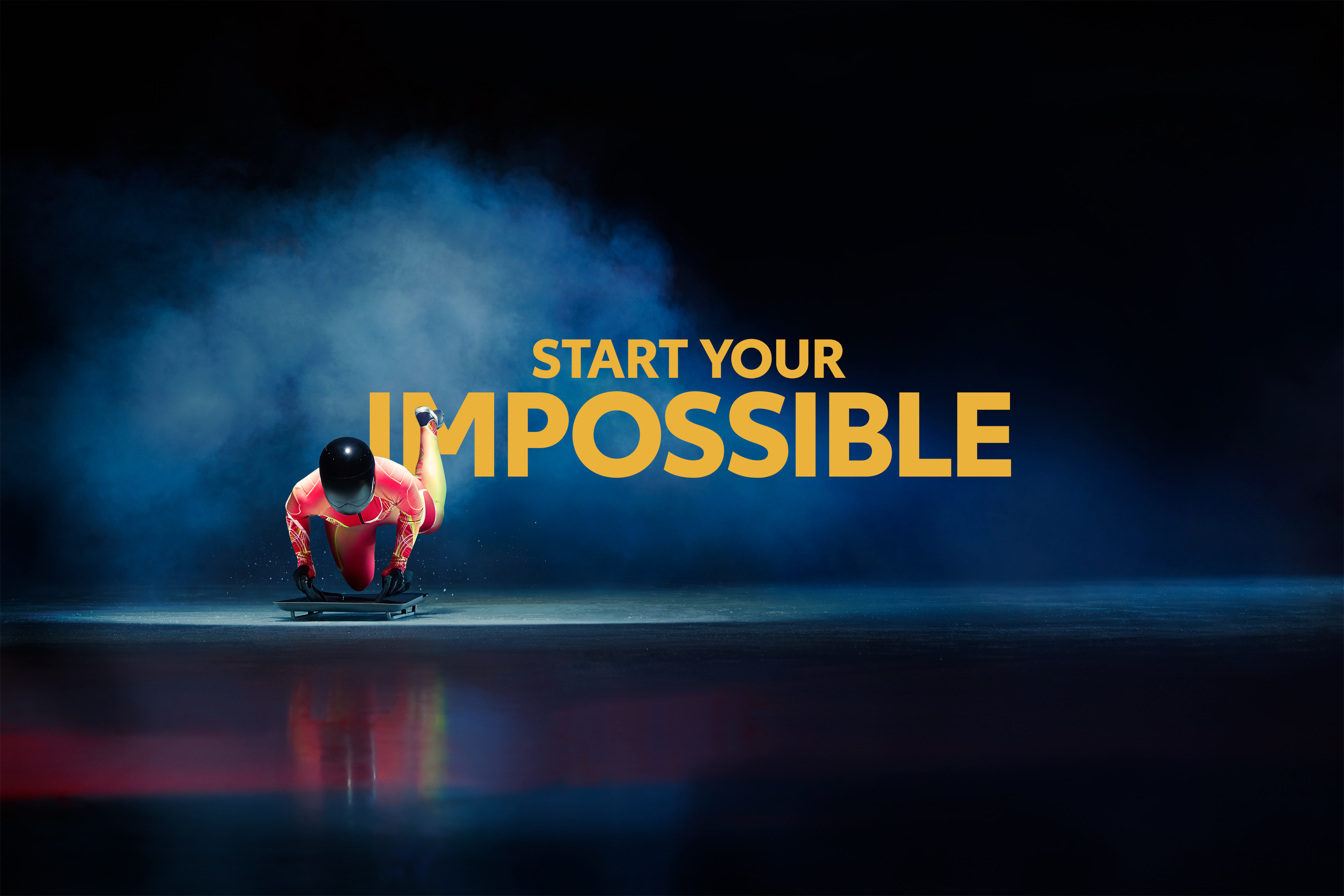 Toyota Motor Corporation (Toyota) has launched “Start Your Impossible” – a global corporate initiative that aims to inspire Toyota employees, partners, and customers and connect them with the company’s core beliefs. In an age of accelerating technological and environmental developments, “Start Your Impossible” marks Toyota’s commitment to support the creation of a more inclusive and sustainable society in which everyone can challenge their impossible.

Toyota believes that mobility goes beyond cars; it is about overcoming challenges and making dreams come true. The “Start Your Impossible” initiative reflects these values and highlights the company’s goal to provide freedom of mobility for all. “We want to share this thinking with all stakeholders, including consumers, so that we can approach this challenge together,” said Toyota President, Akio Toyoda.

Since its founding as a loom manufacturer, Toyota has been driven by a commitment to contribute to society. Over its long history, the company has grown into an innovative leader that has enabled vehicle electrification on a mass scale with the development of the Prius hybrid electric car 20 years ago and more recently, the Mirai hydrogen fuel cell electric car. Toyota sees alternative powertrains, autonomous cars, mobility-as-a-service, and robotics as significant opportunities to move people and transform the company.

As worldwide partner of The Olympic Games and The Paralympic Games, Toyota aims to encourage creating a peaceful society without discrimination through sports and a commitment to creating a sustainable society through mobility. Toyota’s values of continuous improvement and respect for people are shared by The Olympic Games, which brings together the entire world in friendship and solidarity to celebrate the highest realization of human potential.

Added Toyoda: “Throughout our history, Toyota has made the impossible possible through innovation and passion, and by continuously challenging the definition of impossible. Today, the automobile industry is clearly amidst its most dramatic period of change — and during this time Toyota remains committed to making ever better cars. Just as important, we are developing mobility solutions to help everyone enjoy their lives, and we are doing our part to create an ever better society for the next 100 years and beyond. For this to happen, we have to dream beyond conventional vehicles and create new forms of mobility that overcome the limits of today and solve the problems of tomorrow. We share this dream and this spirit of continuous improvement with Olympic and Paralympic athletes, who challenge their own limits every day. I hope that The Olympic and Paralympic Games will create an opportunity for everyone affiliated with Toyota to challenge their impossible and defy their limitations.”

As the first mobility sponsor of The Olympics Games and The Paralympic Games, Toyota aims to offer mobility services and logistics expertise. The first “Start Your Impossible” film, “Mobility for All,” introduces transportation solutions, next generation mobility, and advanced technologies. Going forward, “Start Your Impossible” will also include a variety of additional programs focused on employees, dealers and consumers, as well as seeking collaboration with the Toyota Mobility Foundation, which was established to address urban transportation challenges and expand personal mobility for all people, inspiring the next generation mobility solutions.

Toyota is also launching a new website – www.MobilityForAll.com. In consultation with the National Center for Accessible Media (NCAM) in the United States, the website (which will be rolled out in phases) is built to be accessible for users with various impairments and to allow all users to experience the site and all its content. Whether set to default, visually impaired, hearing impaired, mobility impaired or cognitively impaired, all coding and design features work to make the experience equally enjoyable for all users.

To celebrate the launch of “Start Your Impossible,” and its partnership with The Olympic Games and The Paralympic Games, Toyota today is holding its first-ever Toyota Mobility Summit in Athens, Greece, the host city of the first modern Olympic Games. The event features a live conversation with Akio Toyoda, as well as a series of discussions led by Toyota Executive Vice President Didier Leroy, with global thought leaders and Olympic and Paralympic athletes. The event will cover topics of mobility from a social, physical well-being and sports perspectives, as well as the future of mobility via technology advancements and research.

The all-new Toyota Camry is here with a striking new look and a hot new marketing campaign that’s set to tap into drivers’ emotions and the sensations they will feel when driving the vehicle. While purchasing a Camry continues to be a smart and rational choice, the 2018 Camry now delivers the magic and excitement drivers crave. These emotions are highlighted in the “Sensations” campaign, which compels drivers to love the new Camry for all the “wrong” reasons. The campaign will cover multiple media channels, including broadcast, cinema, social, print, digital and out-of-home placements.

Rather than telling customers how it feels to drive the all-new Camry, this campaign shows them through impactful and evocative imagery that clearly conveys a specific feeling generated by some aspect of the Camry’s styling, safety, technology and performance. The goal of the campaign is to introduce people to an inspiring, more emotional, more exciting driving experience that will make every driver feel special.

The fully-integrated campaign was developed under Total Toyota (T2), the total market model that creates a cohesive marketing approach between Toyota’s agencies of record, including Saatchi & Saatchi, Conill, Burrell Communications and interTrend Communications.

“The launch of the next-generation Camry is incredibly important for Toyota, and we wanted to create a campaign that matched its excellence and the excitement of the new design. ‘Sensations’ perfectly conveys what people will feel driving the new Camry,” said Ed Laukes, group vice president, marketing, Toyota. “Once again, our Total Toyota agency partners at Saatchi & Saatchi, Conill, Burrell and interTrend elevated our expectations and delivered an outstanding integrated campaign resonating with what Toyota envisions and what our owners will experience while driving the car.”

Broadcast
A total of eight broadcast spots were developed using multicultural insights aimed at a transcultural audience. The commercials highlight specific vehicle strengths while introducing customers to the emotions they will feel while driving the vehicle.

Four broadcast spots feature dynamic visual imagery along with legendary music hits meant to bring emotion to life and tell the story of the all-new Camry. In three spots – “Thrill,” “Wonder” and “Indulge” – the music of classics like Queen’s “Don’t Stop Me Now,” Roxette’s “The Look” and “What a Wonderful World” allow the vocals to act as an emotionally powerful narrative. In a fourth spot, “Wild,” the powerful sounds of Suzi Quatro’s “Wild One” drive an exciting new vision of how it feels to drive the all-new Camry. Every spot is supported by near-musical sounds recorded directly from the Camry itself.

“Striking” and ”Rebellious” communicate the kinds of emotional highs the Camry can inspire, represented by high-octane beats and fast-action editing. “Strut” transforms a routine run for pizza with a cool slice of style. And “Captivating” captures the bond between parent and child as they discover together the thrilling features in their new car.

In the “Sensations” digital campaign, users are invited to interact with the creative in combination with unique video content. Additionally, an interactive ad unit will highlight various features of the Camry by providing an auditory experience delivered to mobile devices. When opened, users will be prompted to tap bubbles titled “rebellious,” “thrill,” “serenity,” among others, that take them into a series of interactive experiences with sound by a simple movement of the phone or finger on the screen. A different creative execution incorporates ASMR technology (autonomous sensory meridian response) – a tingling many people experience when listening to certain sounds – to magnify sensations, create rich sight and sound content and highlight the extraordinary features of the new Camry.

An innovative social media campaign takes a unique approach to targeting Twitter audiences. Short social videos, each coming to life with different emotion-eliciting emojis, will be targeted to Twitter users based upon their recent emoji use on the platform. The “Sensations” campaign marks the first time this advertising strategy – with custom-built creative – has been employed by an automotive brand on Twitter.

Additionally, a series of artistic snackable videos playing with visual metaphors for the feelings that the new Camry will provoke will be featured on Facebook and Twitter. Utilizing a variety of assets like snackable videos, stills and GIFs, Instagram will create a collage that displays the vehicle, its features and the feelings it elicits.

Print ads will use broadcast campaign visuals to push the emotional envelope for the all-new Camry sending senses into overload and encouraging drivers to indulge, wonder and stay wild. Using CGI (computer generated imagery), the Camry print campaign features nine traditional print placements along with an experiential magazine insert in targeted publications that allows the reader to feel the sensational impact of driving the new 2018 Camry. With the out-of-home campaign, the brand-focused creative prominently features the new vehicle and logo in front of a distinctive wall of stylized auto parts, utilizing a similar look and feel to that of the print executions.

About the 2018 Toyota Camry

The eighth-generation Camry has gone through a total evolution, from a proven, dependable and safe car to one that also possesses a more exciting and emotional character, thanks to its newfound sporty performance and eye-catching style.

The new Camry utilizes TNGA (Toyota New Global Architecture) which represents a completely new strategy to the way the company designs, engineers and packages its vehicles. TNGA retains all of Toyota’s traditional values of superlative build quality and safety while injecting a fun driving experience that plays on all the senses. The physical manifestation is the usage of a new engine, transmission and GA-K platform.