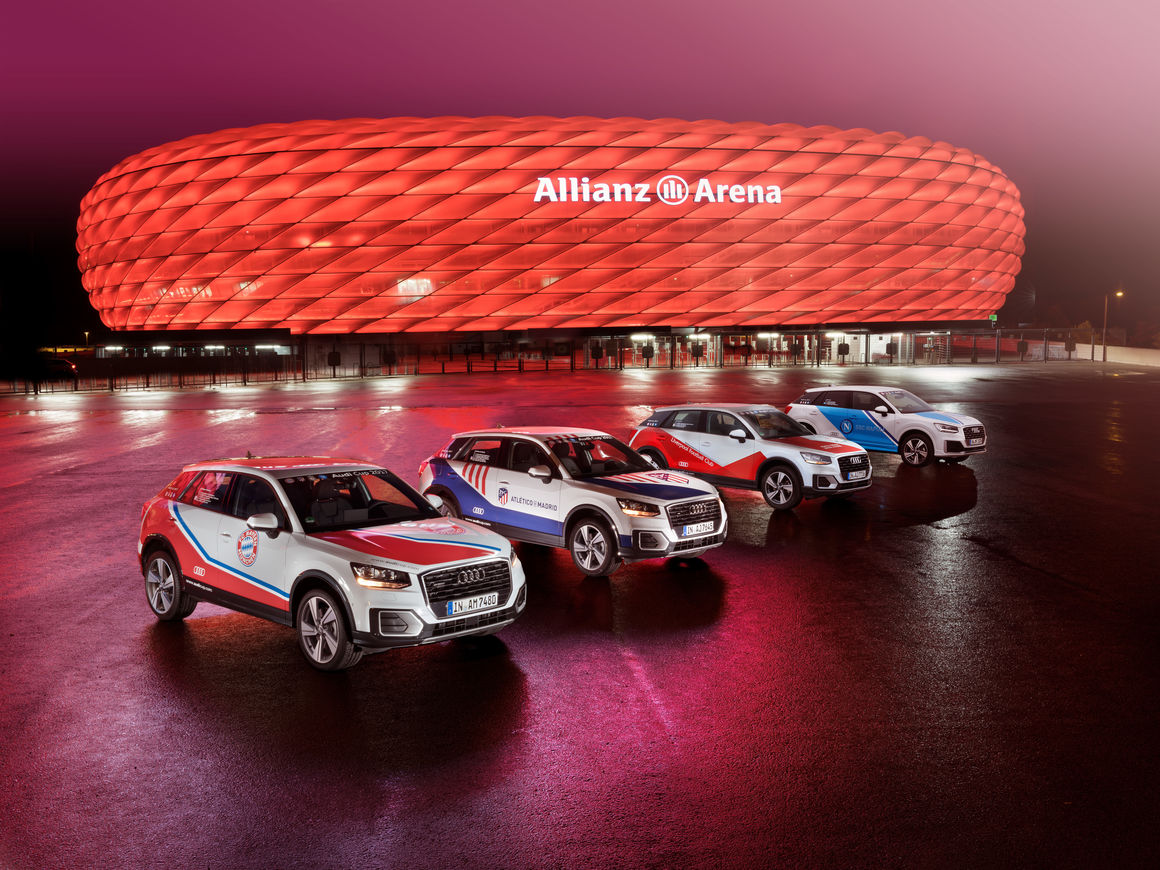 At the start of next week, the footballing world looks to Munich: The fifth edition of the Audi Cup will take place in the Allianz Arena on August 1 and 2. At the pre-season tournament, hosts FC Bayern München, Atlético de Madrid, Liverpool FC and SSC Napoli will face each other.

In the late afternoon (5.45 p.m.) of the first matchday, Atlético de Madrid will go up against SSC Napoli, and subsequently (8.30 p.m.), Liverpool will contest its first match in Munich for 36 years. Its semi-final opponent will be FC Bayern. On August 2, the two losing teams will first play in the third-place play-off, before the final kicks off in the evening. Tickets still remain for both days and are available online at audicup.com or at the stadium.

Apart from the main matches, fans can expect a full program at the Audi Cup. For example, visitors can test out their own football skills at the Audi Intelligence Court. Teams of two can face each other on a small playing field. A special tracking system records the individual performance ratings of the players and compiles them at the end of the game in a single figure. With similar technology, namely the Audi Player Index, those in charge of the Audi Cup can determine the Man of the Match in each of the professional games.

At the Audi #SuperQ, selected spectators will compete in the first virtual race in a football stadium with World Rallycross champion Mattias Ekström. In the run-up to the Audi Cup, the Swede set a target time on a real race track with his 560 hp Audi S1 EKS RX quattro. The circuit was then digitalized. Thanks to Virtual Reality, the participants in the Allianz Arena can compete against Ekström.

Whether live at the stadium or at home – at audicup.com fans can find stories, news and photos of the tournament and get a glimpse behind the scenes. In addition, for the first time they can get information about the proceedings via Chatbot. The interactive communication platform, available at audicup.com, answers the user’s questions about the teams and players, or provides practical information, for example on the parking situation around the Allianz Arena.