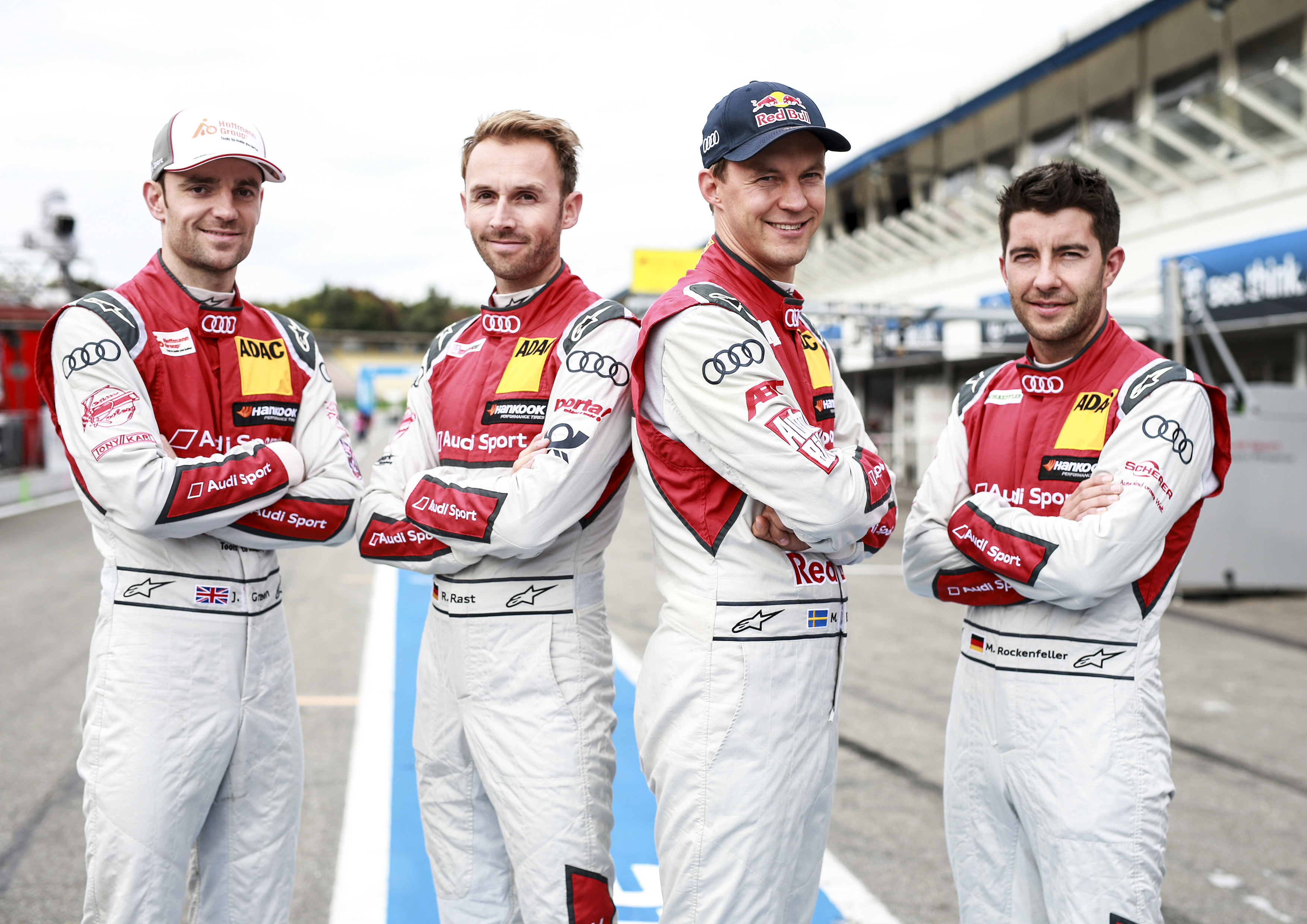 “Golden October” at Hockenheim and a perfect day for Audi: The manufacturer from Ingolstadt on clinching a one-two win in the penultimate race of the season secured all three DTM titles early. Audi managed to defend the title in the manufacturers’ championship. Audi Sport Team Rosberg is DTM teams’ champion for the first time. Drivers from all three Audi teams – Mattias Ekström, race winner Jamie Green, René Rast and Mike Rockenfeller – still have chances of clinching the drivers’ title on Sunday.

“It’s been a great race and a great day for Audi,” Peter Mertens said following the early title decision. The Member of the Board of Management, Technical Development, AUDI AG personally watched the thrilling race at the venue and was one of the first to extend congratulations after the finish. “My congratulations to Dieter Gass and to the entire Audi DTM squad. Our engineers built the best DTM car last winter and our teams and drivers did a perfect job of putting everything on track. The three titles are more than deserved.”

“Today, we secured the drivers’ championship for Audi – that was our big aim,” said Head of Audi Motorsport Dieter Gass. “The manufacturers’ and teams’ championships are assured as well. You can’t do any better than that. We saw a tremendous race and clinched a one-two victory. Jamie (Green) once again showed a superb performance. Mike (Rockenfeller) drove fantastically as well. Now we’re looking forward to a great finale tomorrow in which the DTM fans will get to see a thrilling shootout for the drivers’ championship.”

Mattias Ekström (Audi Sport Team Abt Sportsline) defended his lead of the standings but, in position eleven, scored no points on Saturday and now has only a nine-point advantage over Jamie Green. From position three on the grid, the Briton from Audi Sport Team Rosberg celebrated his third victory this season. “I won, so I’m very happy,” said Green. “I had a tough battle with Timo Glock and am happy that I was able to advance. The winners’ trophy is a sweet reward for Audi and Team Rosberg that have been giving me such a superb car.”

Following cautions, Ekström and Green have received five- and ten-place grid penalties, respectively, for Sunday. This improves the title chances of Mike Rockenfeller (Audi Sport Team Phoenix) and René Rast (Audi Sport Team Rosberg) who took positions two and six on Saturday and are entering the crucial finale with deficits of 13 and 20 points, respectively.

The last time Audi secured all three DTM titles in the same year was 13 years ago: In 2004, Mattias Ekström won the drivers’ championship. The last Audi DTM Champion to date and the first at the wheel of an Audi RS 5 DTM was Mike Rockenfeller in 2013. Jamie Green and René Rast will be battling for their first DTM titles on Sunday. 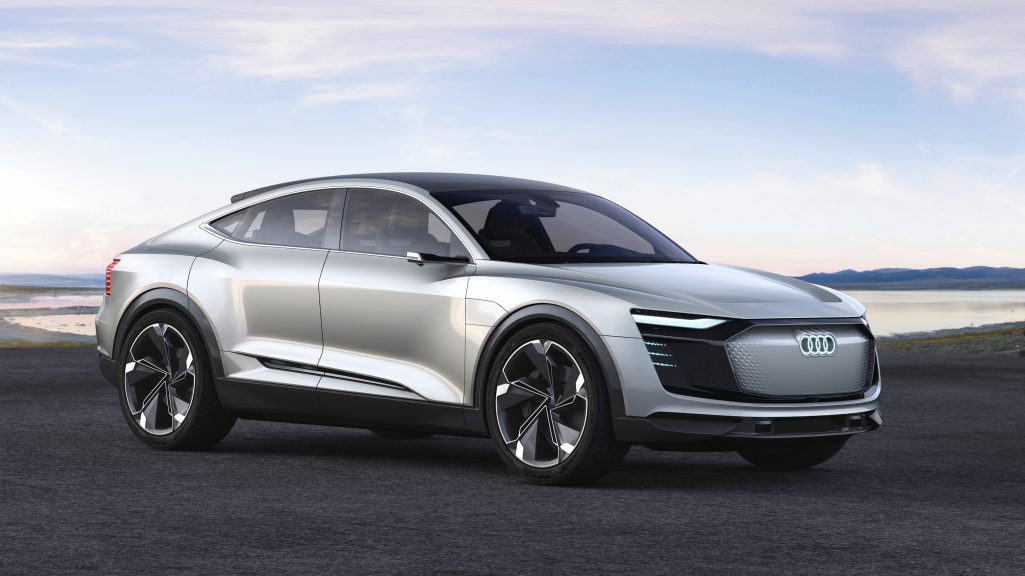 Audi is expanding its model portfolio with a new e-tron-model. Production of the Audi e-tron Sportback will start at Audi Brussels (Belgium) in 2019. That Audi plant will therefore be responsible for producing a second fully electric model. The Audi e-tron electric SUV will drive off the assembly line there as of 2018.

In addition to the Audi e-tron, the brand is integrating a second, completely new electric car into its existing production network – the Audi e-tron Sportback – and is thus enhancing its competitiveness in this important future segment. “With the decision on the Audi e-tron Sportback, we are showing that Audi takes the issue of electric mobility seriously. A second battery-electric model will lead to optimal capacity utilization at our plant in Brussels,” stated Prof. Dr. Hubert Waltl, Member of the Board of Management for Production and Logistics at AUDI AG.

The basis for the new e-automobile is the Audi e-tron Sportback concept design study, which the company unveiled at Auto Shanghai 2017. This versatile concept car is a four-door gran turismo with 320-kilowatt electric drive. The coupe’s design language combines Audi elements with groundbreaking details. The technology and package of the electric drive are tailored to fit the car’s architecture.

Fuel consumption of the models named above:

Audi e-tron Sportback:
This vehicle is not yet offered for purchase. It does not yet have type approval and is therefore not subject to the directive 1999/94/EC.

Audi e-tron:
This vehicle is not yet offered for purchase. It does not yet have type approval and is therefore not subject to the directive 1999/94/EC.