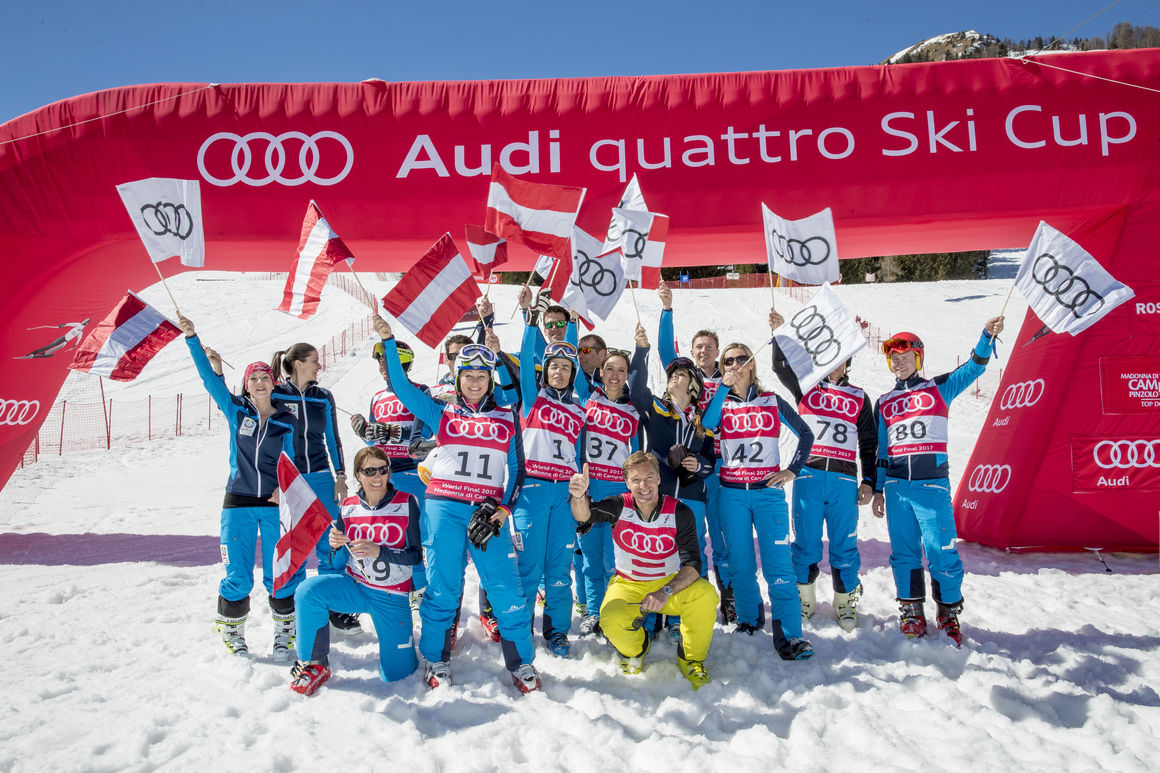 The original start house of the superstars, professional timekeeping and a finish arch just like in the World Cup: The Audi quattro Ski Cup makes participants feel as if they were competing in a World Cup race themselves. This weekend, the series will embark on a tour of four Alpine countries for the third time. Ten events, each featuring a race on a giant slalom course, are on the calendar. The best athletes will qualify for the finale in Kitzbühel from March 23 to 25.

The field of entrants is made up of Audi customers, invited by regional partners, and public participants. About 3,100 athletes took part in the competitions last year. While the inaugural season started with two venues, ten illustrious locations will be hosting the events in the next four months: Obergurgl, St. Moritz, St. Anton am Arlberg, Verbier, Megève, Cortina d’Ampezzo, Kitzbühel, Alta Badia, Davos and Madonna di Campiglio. Registration is possible at www.audiquattroskicup.com.

At the finale, a renowned skiing legend will join the participants as team captain. Furthermore, in addition to competing in the individual categories, the amateurs will be pitted against each other in a team event. This competition will be about winning the prestigious nations’ trophy.

The “amateur series with a World Cup feeling” took cues from the Audi quattro Cup for golfers. Since its launch about 25 years ago, more than a million amateurs around the world have participated in this tournament series. When the skiers start their season this weekend, the golfers will be selecting the winner in their world finale in Mexico.