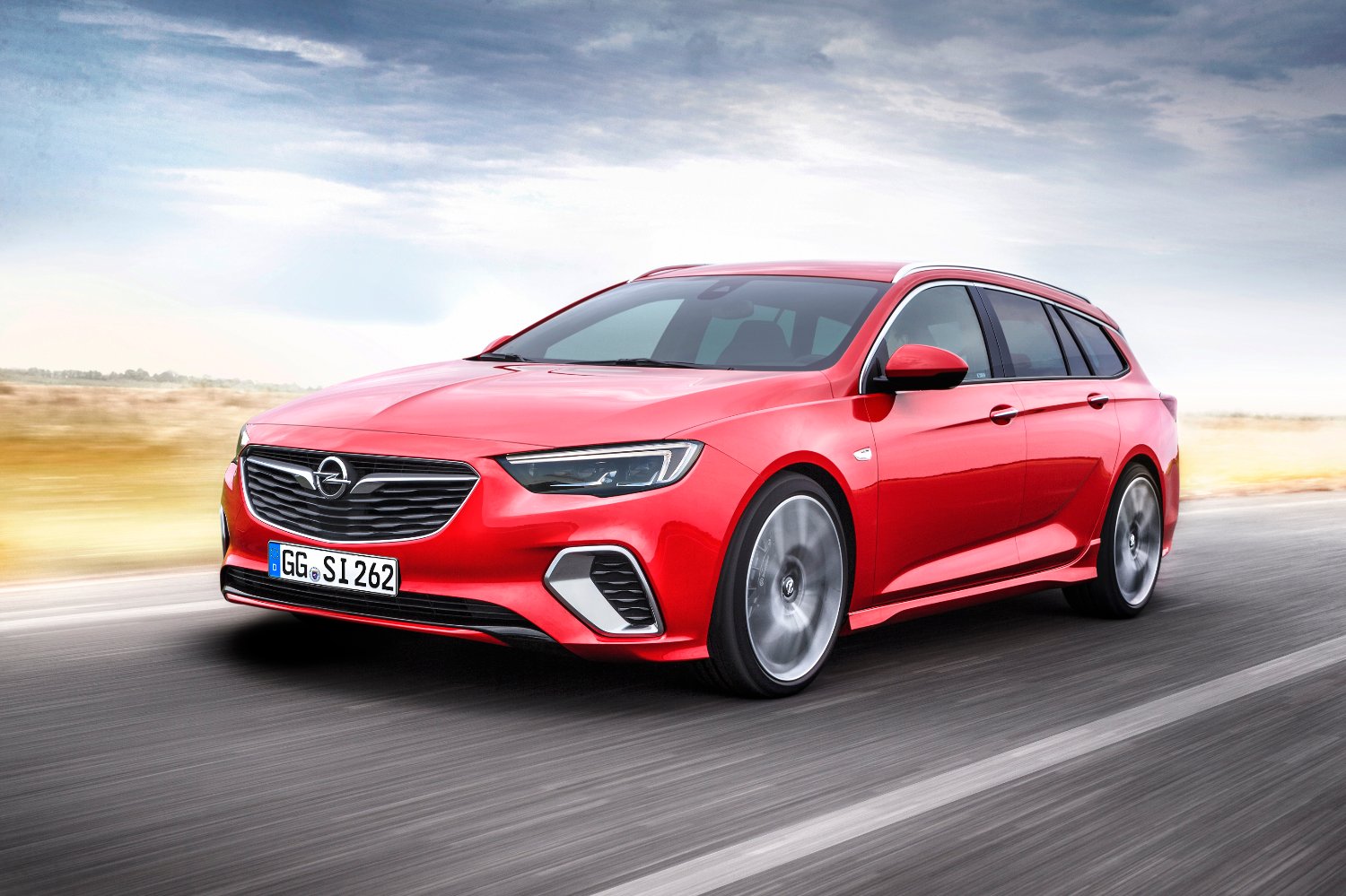 Extra sharp, extra precise and extra powerful with a new top-of-the-line engine: the new sporty Opel Insignia GSi Sports Tourer station wagon wins over not only the driver, but also the entire family. Because it sparks an unrivalled scope of driving fun without compromising on space and practicality. It is simply uncompromising.

All these features ensure an extremely active driving experience. Opel designers have given the Insignia GSi Sports Tourer a sporty look to match its driving performance. Large chrome air-intakes at the front and a neat rear spoiler unmistakably show that this is the flagship station wagon with sporty ambitions. In the interior, the driver settles in behind the sport leather steering wheel in an optional integrated sport seat specially developed by Opel for the GSi. The rest of the occupants enjoy the familiar high level of comfort in the Sports Tourer – with generous space also in the second row, up to 1,665 liters load volume as well as all-round infotainment and connectivity with Opel IntelliLink and Opel OnStar. This makes the new Insignia GSi Sports Tourer the efficient Opel flagship station wagon that brings more excitement and fun into every day.

Top powertrain, chassis, brakes: GSi is a solid athlete through and through

The foundation for maximum driving fun and effective performance output is the all-new GSi chassis: shorter springs lower the sporty station wagon by 10 millimeters compared to the normal Sports Tourer; special sports shock absorbers reduce body movements to a minimum. The standard FlexRide chassis adapts shock absorbers and steering in fractions of a second. The system also optimally adapts the calibration of the accelerator pedal and the shift points of the eight-speed automatic gearbox to driving performance. Subject to the chosen mode – Standard, Tour or Sport – steering and throttle-response are softer (Tour) or even more direct and further sharpen the driving experience (Sport). Exclusive to the GSi is the Competition mode, which is activated via the ESP button. A double-press allows skillful drivers more yaw and switches off traction control. And if the Insignia GSi driver really wants to have direct control of everything, he can shift gears via paddles at the steering wheel on the standard eight-speed automatic transmission.

The Twinster all-wheel drive with torque vectoring, unique in this class, is a perfect match to the sporty chassis. A twin clutch system replaces the conventional differential on the rear axle and ensures more precise, individual power transmission to each tire. This means the Insignia GSi Sports Tourer drives exactly the line the driver wants (and understeer, when the front wheels push towards the outside of the corner and can cause the car to drift out of its lane, is practically banished).

To bring the performance onto the road with optimal traction, engineers have fitted the Insignia GSi Sports Tourer with extra high-grip Michelin Pilot Sport 4 S tires – on large 20‑inch wheels. And for superb deceleration at high speeds, powerful Brembo four-cylinder brakes (diameter 345 millimeter) take over. All of this together with the familiar light-weight design of the Insignia Sports Tourer ensures an incomparably direct, sporty driving experience that one does not normally expect from a station wagon.

The same is true of the interior: here the GSi station wagon model combines generous space and high Sports Tourer comfort with distinct racing car flair. This makes the Insignia GSi Sports Tourer as much fun for passengers as for the driver, who takes it all in in the comfort of a bucket seat specially designed for the GSi by Opel. The AGR (Campaign for Healthier Backs) certified optional premium performance seat with a tall seatback and integrated head restraint – with the GSi logo proudly embroidered – offers superb lateral support during fast cornering as well as excellent long-distance comfort for extended journeys. This is ensured by the combination familiar from the Sports Tourer: ventilation, heating, massage function and adjustable side bolsters. The flat-bottom leather sports steering wheel and aluminum pedals enhance the sporty feeling in the cockpit even more.

The Insignia GSi Sports Tourer’s wheelbase of 2,829 millimeters ensures a superb sense of space. This is particularly noticeable in the second row, where three passengers travel in comfort and the two outer rear seats are also heated. All occupants enjoy best entertainment and top connectivity with the latest generation of Apple CarPlay and Android Auto compatible IntelliLink systems. Also on board is the groundbreaking personal connectivity and service assistant Opel OnStar, which now also offers additional new services such as booking hotel rooms1 and searching for parking2.

Thanks to the 4G LTE WLAN-Hotspot3 all Insignia Sports Tourer occupants have fast and easy internet access with their mobile devices.

The Insignia GSi Sport Tourer’s eye-catching sporty looks featuring chrome-edged front air-intakes and exhaust pipes as well as a distinctive rear spoiler for the necessary downforce on the rear axle envelop an extremely practical car. Just like its series counterpart, its luggage compartment offers an exemplary 560 to 1,665 liters load volume and the optional 40/20/40 foldable rear seats enable flexible loading space configurations. In order to make loading as easy as possible, the sensor-controlled tailgate is opened and closed without having to touch the car by a simple kicking motion under the rear bumper. Insignia GSi Sports Tourer drivers also benefit from more top technologies ranging from groundbreaking IntelliLux LED® matrix light to Forward Collision Alert with pedestrian detection and automatic emergency braking. This all makes the new Insignia GSi Sports Tourer as sharp as it is practical, and above all makes it a safe and comfortable station wagon for the whole family.

The Insignia GSi continues a long tradition of sporty Opel cars named GSi. The first to stir up excitement were the Manta GSi and the Kadett GSi (115 hp from 1.8-liters) in 1984. Only four years later the 2.0-liter DOHC 16-valve engine in the Kadett 2.0 GSi 16V delivered 150 hp. The first Astra also featured this engine and in 1993 there was a 1.8-liter 125 hp alternative in the Astra GSi. There was also a GSi with various generations of the Corsa, beginning with the 100 hp Corsa A (1988) that has become a much sought-after classic. At the (provisional!) end of the line was the Corsa D in August 2012. 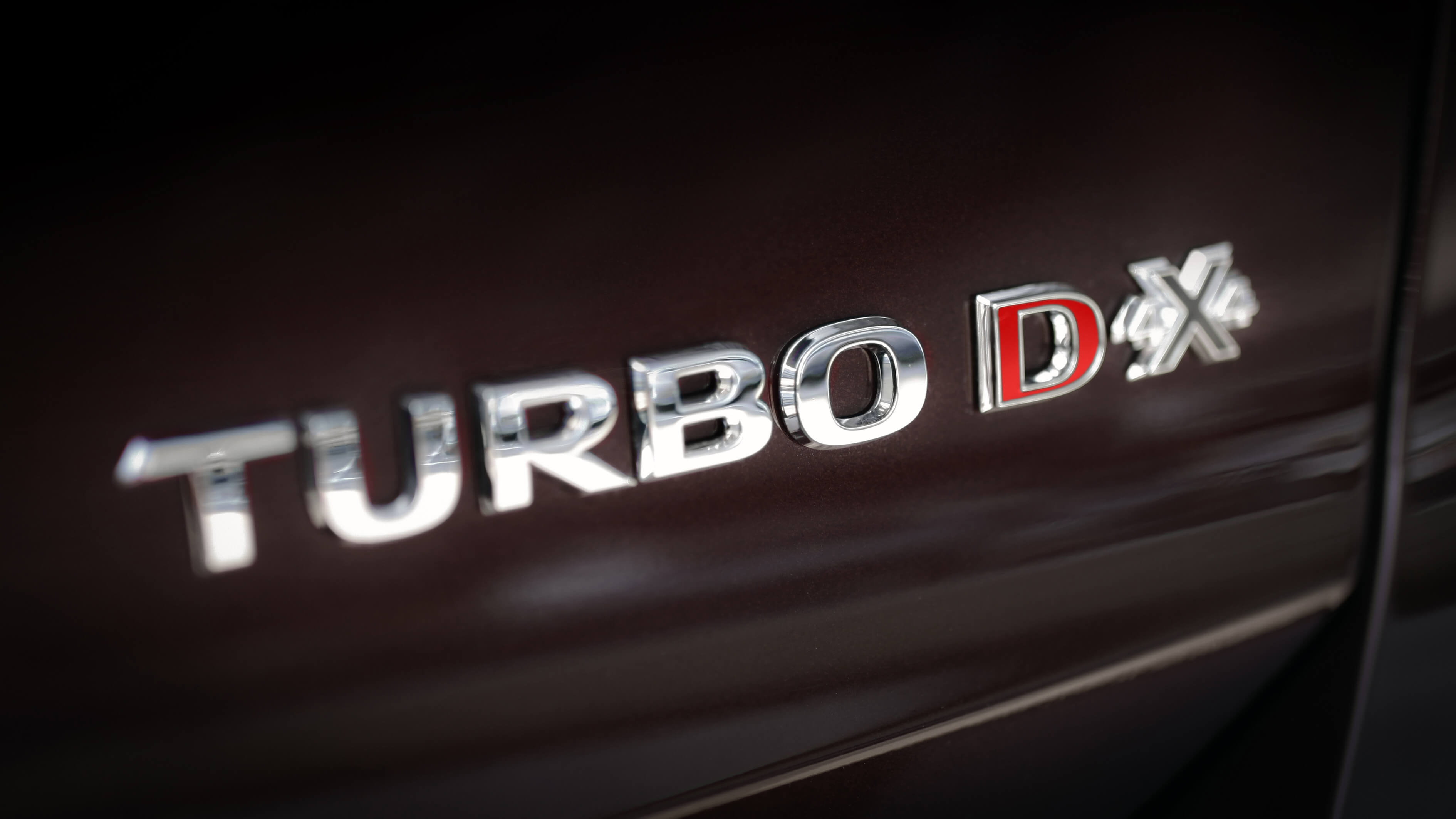 Production-start for the new top-of-the-line engine and the Insignia Country Tourer from Opel: With the summer slowly drawing to an end, the first 2.0-liter BiTurbo diesel engines will roll off the production line. They are tailored for the Country Tourer along with all other variants of Opel’s flagship. With the Grand Sport, Sports Tourer and Country Tourer the second generation Insignia can be ordered with the new top-of-the-range diesel this year. The Country Tourer appeals to all Insignia fans looking for stylish and practical station wagon with off-road looks. The newcomer will celebrate its world premiere at the Frankfurt International Motor Show (September 14-24).

Such strength must be transferred to the road intelligently, which is why the top-of-the-line engine always comes in combination with a smooth-shifting eight-speed automatic transmission and high-tech all-wheel drive with torque vectoring. In addition to the power output, the drivability (turbo power in every situation) and the refinement of the new common rail engine are also further improved compared with the existing extremely popular 2.0-liter unit with single turbocharger (125 kW/170 PS; official fuel consumption Grand Sport with front-wheel drive in accordance with NEDC urban 6.7 l/100 km, extra-urban 4.3 l/100 km, combined 5.2 l/100 km, official specific combined CO2 emissions 136 g/km).

Opel has pulled out all the stops for maximum fuel efficiency and maximum fun-to-drive. The new diesel features two turbochargers functioning sequentially. The intake air enters the first turbocharger where it is compressed and passed to the second turbo. This is driven by Variable Geometry Turbine vanes in the exhaust gas, which increase torque at low engine speeds and raise power at higher engine speeds. VGT then adjusts the vanes to parallel with the gas flow, thus reducing back pressure and lowering fuel consumption. The now highly compressed and very hot intake air then passes through an intercooler on the way to the combustion chambers. Diesel fuel is then injected through seven-hole jets in up to ten sequences at 2000 bar. The boost-pressure is controlled, according to engine-speed and load, by three bypass valves and an electrically actuated variable turbine geometry.

Apart from increased efficiency, higher power output and torque, refinement and noise attenuation were priorities in the design of the new engine. The Opel engineers therefore gave the engine a cast-iron crankshaft, balance shafts, a stiffened flywheel and a two-piece oil sump, in order to reduce diesel-typical vibrations and acoustics to a minimum. In order to further lower fuel consumption, the water pump is only switched on when temperatures require it. Just like the well-known 2.0-liter diesel, the new BiTurbo diesel is built in Opel’s Kaiserslautern plant.

A 2.0 liter BiTurbo diesel with 143 kW/195 hp and maximum torque of 400 Nm already made its debut in the first-generation Insignia in 2012, and was then offered in the Astra, Cascada, GTC and Zafira Tourer. The new 154 kW/210 hp and 480 Nm engine for the Insignia fits perfectly into the range of current Opel power units with two-stage turbocharging.

Elegant design, superior connectivity and intelligent driver assist systems – the new Insignia is your powerful invitation to the open road.

IntelliLux LED® Matrix headlights1 with glare-free high beam, automatically dip the beam around other vehicles but keep the rest of the road brightly lit up to 400 metres ahead.

1 = IntelliLux LED® Matrix headlights are optional on SRi and SE, standard on Elite. When the system is activated, high beam is turned on at speeds above 50km/h and automatically turned off at speeds below 35km/h.

Your new PA takes care of crucial tasks while you drive:

3 = Compatibility and functionality may differ depending on type of device and operating system. To check the compatibility of your device contact your Opel retailer.

The new Insignia is engineered to exceed expectations in every way. Especially your sense of accomplishment.

ERGONOMIC FRONT SEATS. THE BEST FOR YOUR BACK.

Treat your back to AGR seating1 – certified by the Campaign for Healthier Backs (AGR), an independent centre of excellence for ergonomics:

Upgrade to the Wellness AGR driver’s seat and first-class features:

Design your Opel Insignia Exclusive exactly how you want it: exclusively for you.