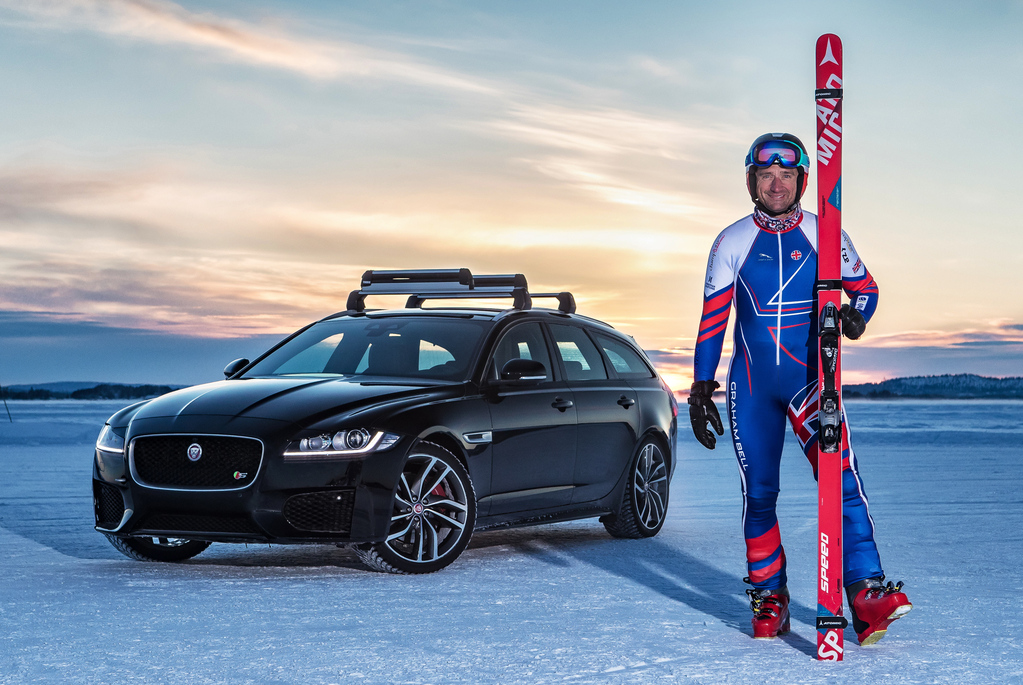 After a couple of practice attempts it was immediately clear that Graham and the XF Sportbrake were more than up to the challenge of the record attempt and Graham went on to smash the target set by GUINESS WORLD RECORDS by over 76km/h (47mph), achieving an average top speed of 189.07km/h (117mph) at Jaguar Land Rover’s Arctic Revi Test Centre in Arjeplog, Sweden.

To break the GUINNESS WORLD RECORDS title, Graham had to achieve an average speed of over 112.65km/h on his skis, towed by the XF Sportbrake. But with temperatures of -28C the challenge put Graham’s physical limits and the performance of the premium estate to the test.

The XF Sportbrake was the perfect vehicle to help break the record, showcasing its all-surface performance throughout. Its instinctive all-wheel drive offers confidence in all weathers and the Adaptive Surface Response (AdSR) and All Surface Progress Control systems help drivers control the car in low-grip conditions. With a 3.0-litre 380PS supercharged V6 petrol engine that sprints to 60mph in 5.3 seconds, the XF Sportbrake comfortably hit the top speeds Graham needed to break the record.

I’m really proud to have achieved this GUINNESS WORLD RECORDS title, but it was a real team effort with the engineers at Jaguar supporting me every step of the way. The XF Sportbrake stayed perfectly composed throughout and gave me the confidence to not only beat the target but smash it by a great margin! GRAHAM BELL, FORMER BRITISH OLYMPIC SKIER

An array of advanced chassis technologies ensures the new Jaguar XF Sportbrake is an engaging choice in its class. With its core dynamic architecture proven in the XF saloon, the addition of adaptive technologies and intelligent functions ensure its exceptional practicality is matched only by its sports car-inspired dynamics and trademark Jaguar composure. Also, in keeping with the premium lifestyle estate’s flexible design, Jaguar offers a choice of accessories such as ski and snow board holders (four pairs of skis or two boards) – perfect for those adventurous trips.

The Revi Test Centre is home to Jaguar Land Rover’s extreme cold climate test centre and the Jaguar Experience Ice Academy. The Academy is the perfect place to get the exhilarating thrill of ice driving from behind the wheel of the latest Jaguar and Land Rover vehicles. Under the guidance of expert instructors, participants driving skills will be taken to a whole new level. 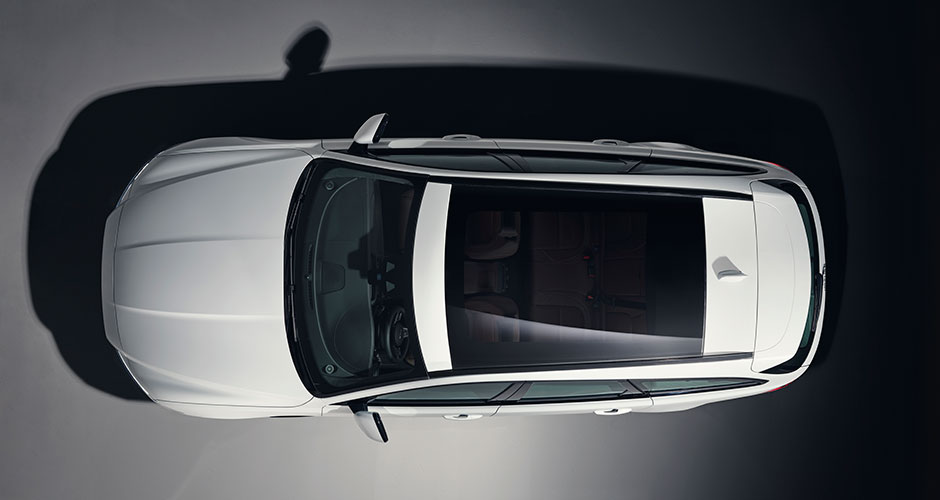 With less than 70 days to go until The Championships, Wimbledon 2017, the famously manicured surface of the All England Lawn Tennis Club served as the canvas for a large-scale outline of the dynamic sports wagon.

Ian Callum said: “With XF Sportbrake we’ve created a silhouette which sweeps towards the rear, almost into the distance, and really gives the car a sense of speed and sportiness. It will bring new levels of practicality to the range without sacrificing the dynamic design and agile handling our customers expect.”

Neil Stubley said: “Ian and I come from very different professions but the roles of Head Groundsman and Design Director at Jaguar have one thing in common – our dedication to achieving perfect precise lines. If we get one line out of place, the whole world will see it, so it’s vital that we achieve 100 percent precision with every line we draw.”

The XF Sportbrake will join the award-winning XF sports sedan in the Jaguar line-up when it goes on sale later this year.