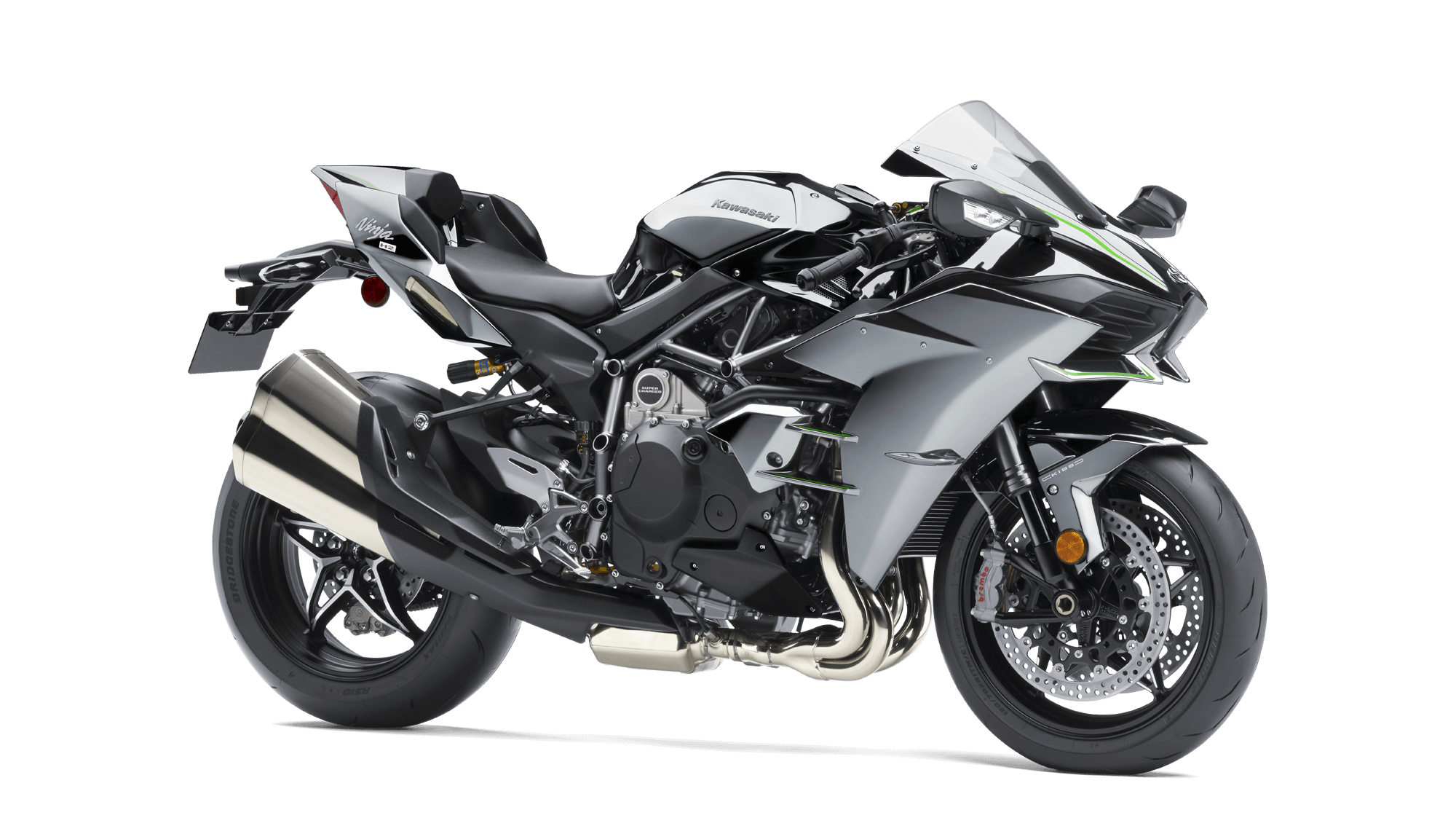 The Kawasaki Ninja H2™ R hypersport motorcycle once again returns as a class leader and one of the most sought-after motorcycle on the planet. The subject of multiple awards from US leading publications, a current fixture in museums such as Barber Vintage Motorsports Museum in Birmingham, Alabama, and drawing contagious attraction in all videos in which it is featured, the supercharged Kawasaki superbike continuously proves that it is the people’s choice in the two-wheeled motorcycle world.

In order to create a version that was not only street legal, but also street capable, the Kawasaki Ninja H2 sportbike was born, using engineering shared from the Ninja H2R. The Ninja H2 was developed using the technology from the Ninja H2R model, but worked within the street-legal and street-capable parameters, creating a motorcycle that’s also Built Beyond Belief.

This incredible duo shares many of the technologically advanced components, including the 998cc inline four-cylinder engine, proprietary supercharger, trellis frame, compact superbike dimensions, aerodynamic bodywork, single-sided swingarm, powerful Brembo® brakes and much more. For the 2017 model year, Kawasaki Motors Corp., U.S.A. (KMC) will be offering another order period for customers who are anxious to own one of these exclusive machines.

Ninja H2 is fully street-legal, Ninja H2R is designed for closed-circuit use on the racetrack. The 2017 Kawasaki Ninja H2 and Ninja H2R sportbikes receives a new Ohlins TTX shock, a quick shifter that allows for quick auto-blip down shifts and the Bosch 5-axis IMU. Thanks to the Kawasaki proprietary software that works with the IMU, the Kawasaki Ninja H2 and Ninja H2R feature a six axis of measurement creating the most advanced electronics package. The stylish appearance of the standard Ninja H2 is available in Mirror Coated Spark Black.

Kawasaki introduces the 2017 Ninja H2 Carbon motorcycle, a limited edition, limited production Ninja H2 model with special features. As one of only 120 units produced worldwide, each Ninja H2 Carbon is individually numbered and features a serial number stamped into the supercharger plate on the right side of the engine.

Further enhancing its classy look and high quality, the Ninja H2 Carbon features a beautifully constructed carbon fiber upper cowl. This front section of the motorcycle is built in highly rigid, lightweight CFRP (carbon-fiber reinforced polymer). The upper cowl instantly distinguishes the Limited Edition from the standard Ninja H2. Creating an image similar to that of the Ninja H2R, the carbon-fiber piece gives the Ninja H2 Carbon enhanced presence. Further distinguishing the Ninja H2 Carbon model is a new variation of Kawasaki’s silver-mirror paint featuring a matte element. The new paint is the same as on the closedcourse Ninja H2R model.

With the addition of the new Ninja H2 Carbon, and the new components of the Ninja H2R and Ninja H2, these three supercharged sportbikes remain the most exciting motorcycles available, and their limited availability ensures exclusivity for their owners.

The Ninja H2 Carbon is a beautiful piece of machinery and to set it even further apart from the pack, it features Mirror Coated Matte Spark Black paint, further aiding in the unique design. 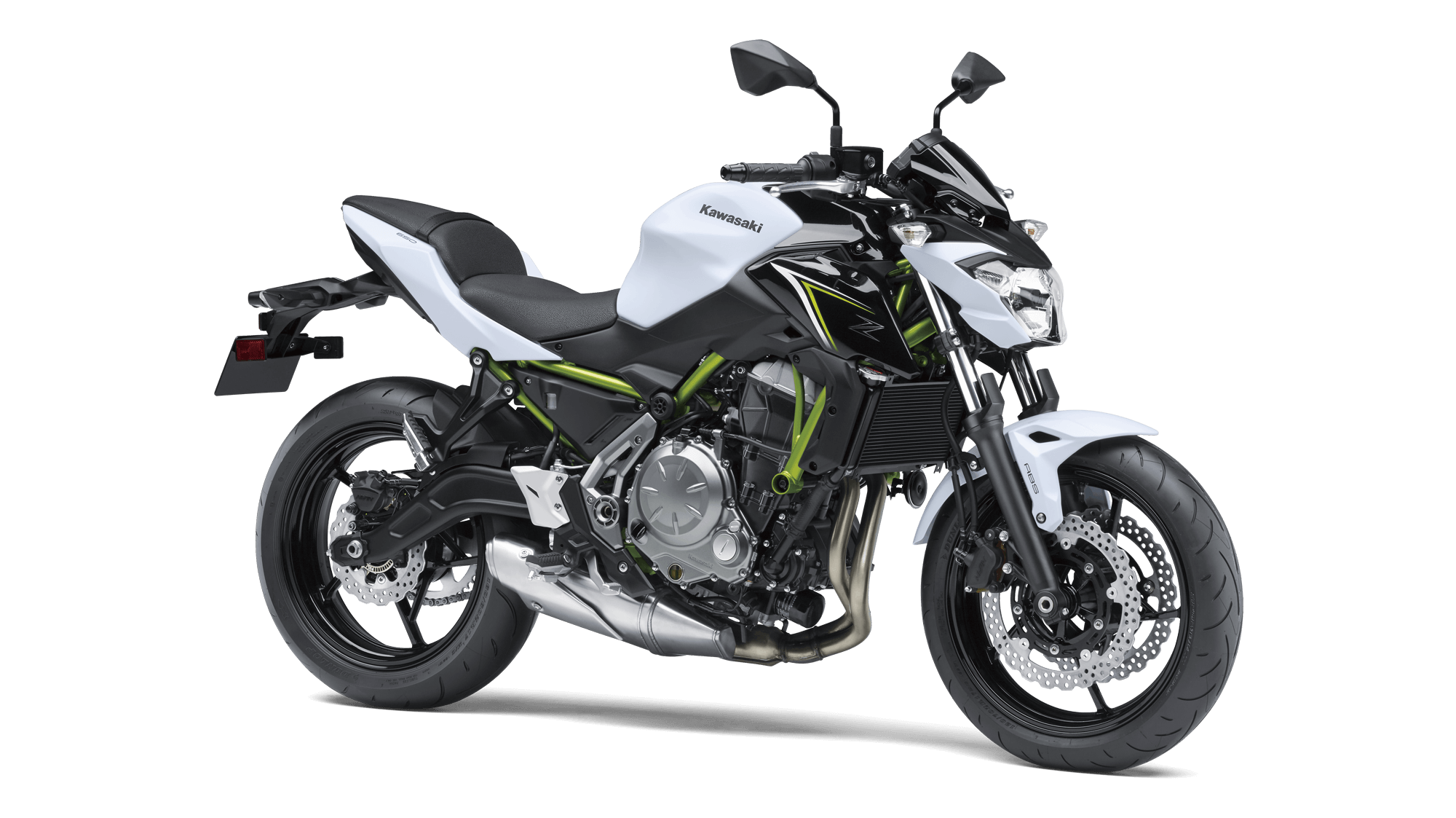 See the new Z650 naked sportbike in an immersive interactive experience. Check out the video, get to know the technology, take a virtual test ride, and see what others have to say. Learn all about the exciting features that make the Z650 a compact middleweight unlike any other.

Aggressive, supernaked Z styling comes to life in an ideal blend of sporty performance and everyday versatility. Featuring a lightweight chassis that contributes to its overall light weight* and a strong, torquey engine at its core, the new Z650 naked sportbike is a compact middleweight unlike any other. With each ride, smooth power and nimble handling make the Z650 incredibly fun and easy​.

Everything built in and around the lightweight chassis of the new Z650 naked sportbike is designed to become an extension of the rider. 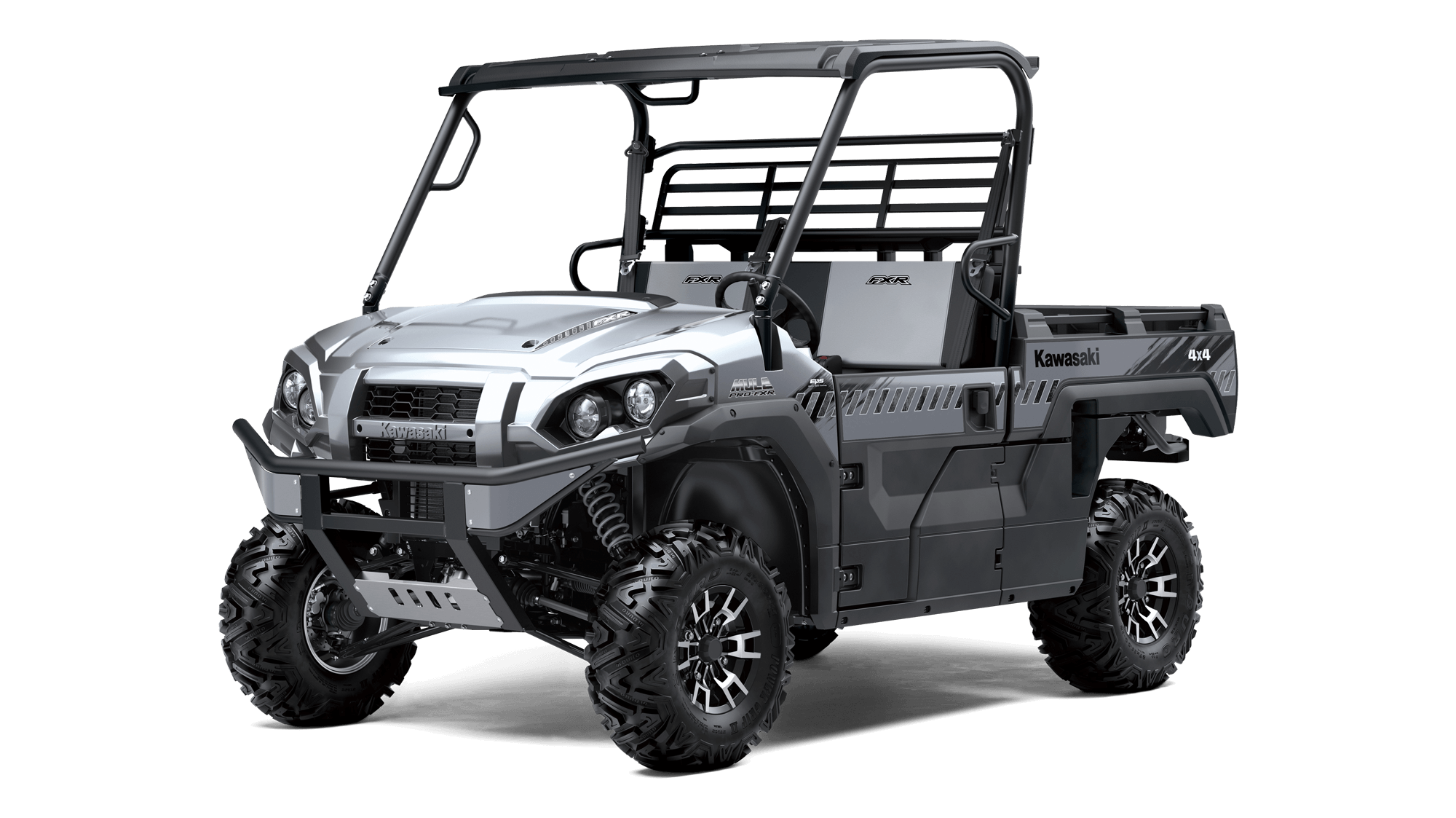 The “play” side of the kawasaki mule™ pro series family just got stronger with the new 2018 mule pro-fxr™ side x side. Equipped with premium features and aggressive styling, the mule pro-fxr is a true boss vehicle.