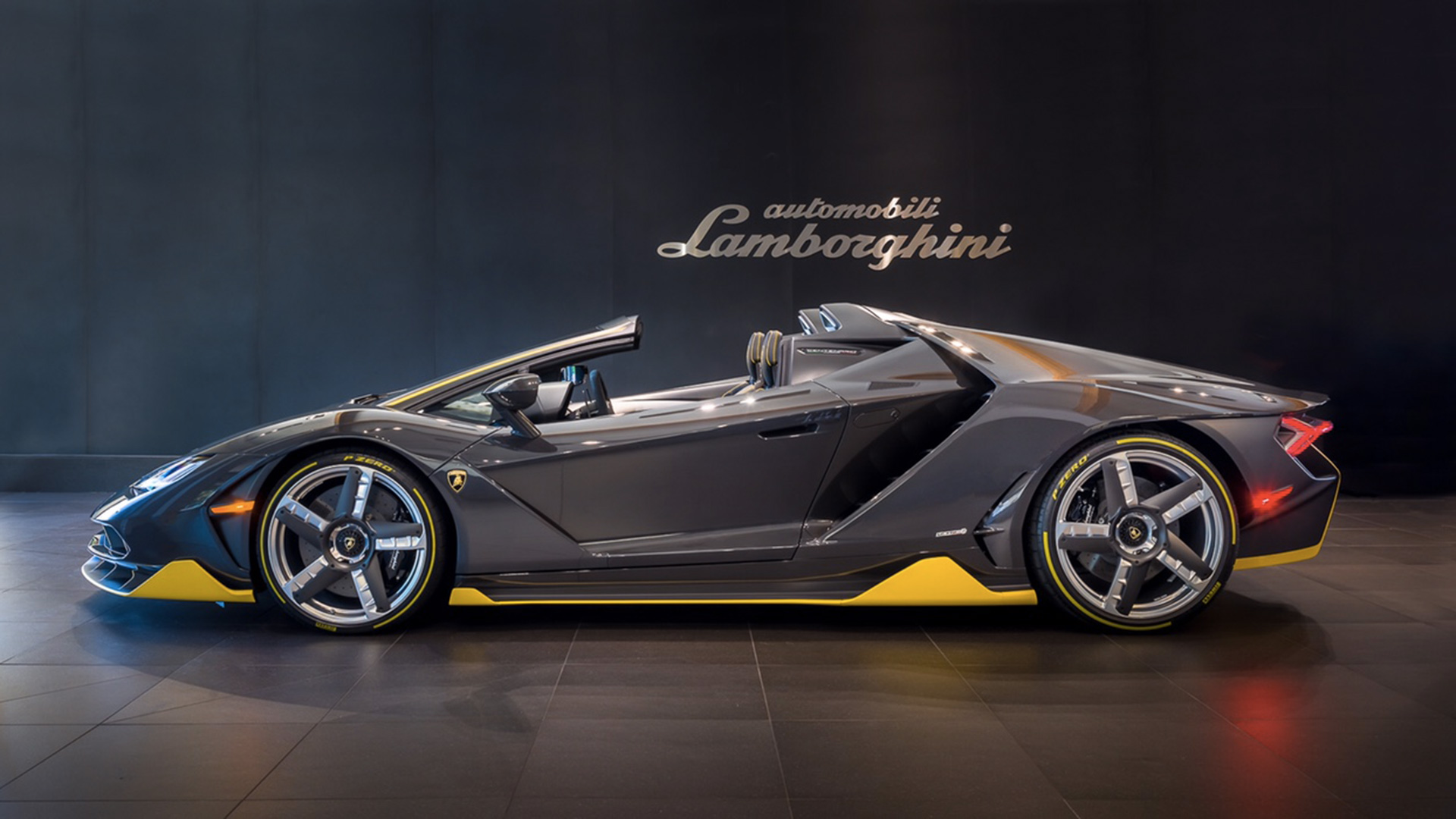 The first Lamborghini Centenario Roadster has been delivered to Beverly Hills: the technological audacity of Sant’Agata Bolognese meets the extravagance of the American West Coast.

The drop-top super sports car is the first of 20 units produced and is also the first to be delivered worldwide. This futuristic 770 HP rocket, created to commemorate the 100th anniversary of the birth of company founder Ferruccio Lamborghini, represents the ongoing commitment of the House of the Raging Bull to develop innovative technologies and exclusive designs with unique and distinctive forms.

The owner of the first Centenario Roadster decided to add bright yellow accents to the carbon fiber body, providing even more character, along with silver wheel rims and black brake calipers.

The interior, created by the Ad Personam program exclusively for the owner of the Centenario, echoes the colors of the exterior with the use of Nero Ade (black) leather and Alcantara upholstery, featuring yellow inserts and stitching.

The Centenario Roadster is stunning not only for its looks but also for its power, with top speed of over 350 km/h and just 2.9 seconds to go from 0 to 100 km\h.

All 40 V12 models, which include 20 Roadsters and 20 Coupés, have already been sold.