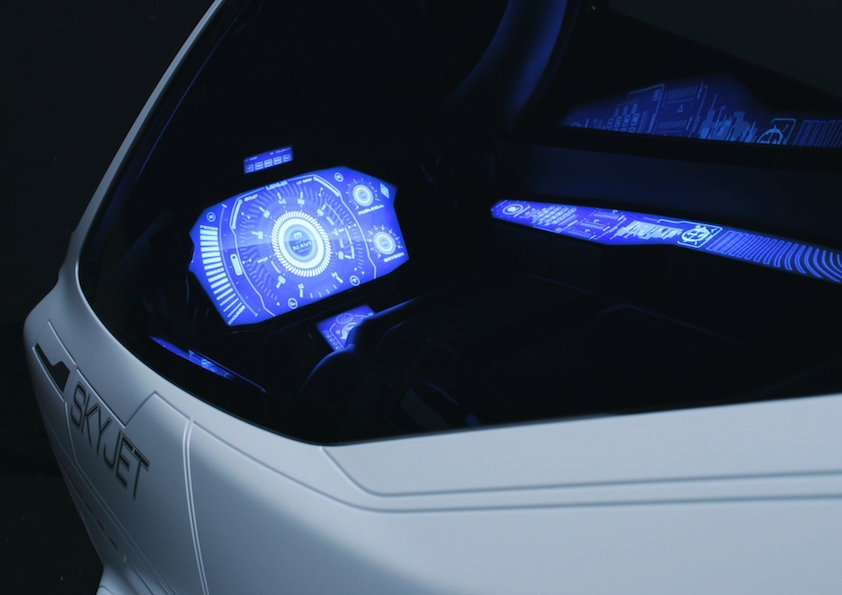 In anticipation of “Valerian and the City of a Thousand Planets,” coming to theaters July 21, Lexus today launched two custom ads and a featurette that offer fans an in-depth look at the movie’s Lexus-branded SKYJET, arriving in 2740.

The spot provides the most in-depth look yet at the SKYJET, a single-seat pursuit craft created in partnership with film studio EuropaCorp and driven by Valerian, the film’s main character, played by actor Dane DeHaan. Inspired by the film’s futuristic storyline, the custom ad demonstrates how Lexus envisions performance, style and innovation 700 years from now. Fans will get an extended look at the high-tech spacecraft, which incorporates Lexus’ contemporary design cues, such as an adaption of the signature spindle grille, as it navigates through the intergalactic citadel of Alpha.

In addition to the spot, a new featurette will take fans through the process of creating the SKYJET, including behind-the-scenes footage and interviews with Valerian lead actor Dane DeHaan, Producer Virginie Besson-Sillas and Valerian and Lexus designers.

“Helping design and build the SKYJET allowed us to imagine mobility 700 years in the future and showcase some amazing Lexus ideas,” said Spiros Fotinos, global head of brand management and marketing at Lexus International. “This new content adds to the excitement surrounding the film’s debut, and we’re pleased to be part of this incredible and ambitious project.”

Beginning on June 22, a 30-second spot will run on cable and a Times Square digital billboard, while an extended version of the spot will run on digital and social channels. Catch “Valerian and the City of a Thousand Planets,” an adaptation of the French comic series “Valérian and Laureline,” written by Pierre Christin and illustrated by Jean-Claude Mézières, in theatres July 21.