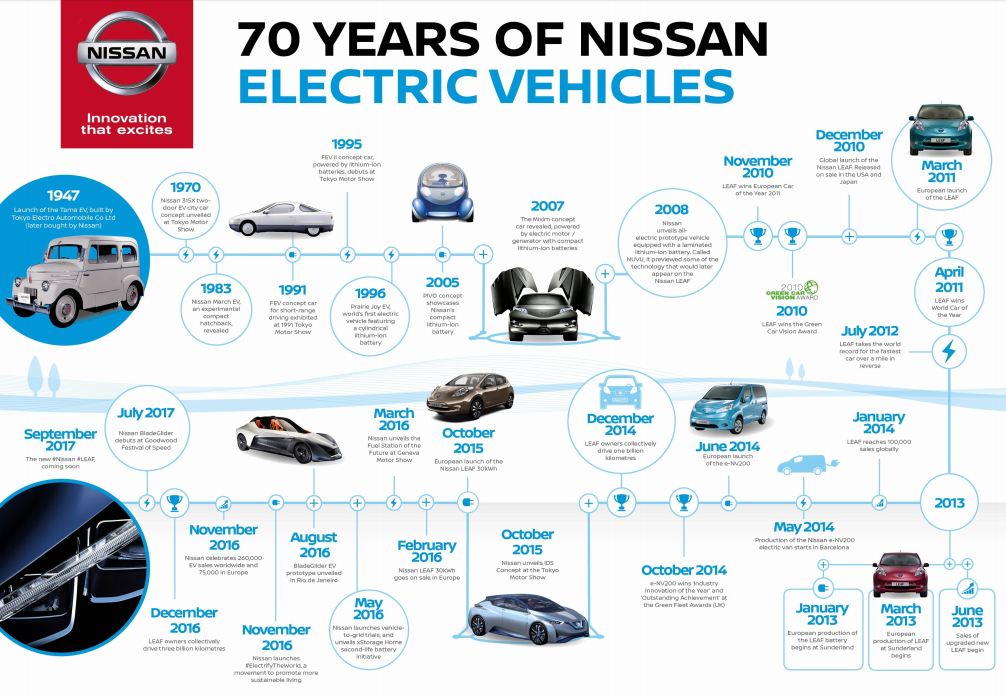 Exactly 70 years after the debut of its first electric vehicle (EV), Nissan’s most advanced EV ever – the Nissan BladeGlider sports car – took center stage at this year’s Goodwood Festival of Speed in the UK.

The 100% electric prototype spent Goodwood festival weekend in the thick of the action, with electrifying performances on the famous Hillclimb course. The culmination of the weekend was a test session on the historic Goodwood Motor Circuit. Putting the all-electric BladeGlider through its paces was NISMO athlete Lucas Ordóñez, who became the first professional racing driver to take the wheel of the three-seater. Ordóñez, a former winner of Nissan’s GT Academy competition to turn computer gamers into racers, was thrilled by the opportunity to test-drive the BladeGlider.

“Driving the BladeGlider round the famous Goodwood Motor Circuit has been a fantastic experience,” said Ordóñez. “It’s such an exciting car to drive, with so much torque from the moment you start. It’s great fun on a fast track like this and so quick through the corners.”

Nissan’s EV success story began in 1947 – exactly 70 years ago – with the launch of the Tama. This pioneering four-seat EV was available as a passenger car and a van and offered customers a range of 65 kilometers on a full charge. It was initially developed by the Tokyo Electro Automobile Co. Ltd, which later became part of Nissan.

Since the debut of the Tama in 1947, Nissan has established a rich heritage in zero-emission technology as the world leader in EVs. It pioneered the EV revolution with the launch of world’s first mass-market 100% electric passenger car, the Nissan LEAF, in 2010. The new second-generation LEAF will make its world premiere on September 6.