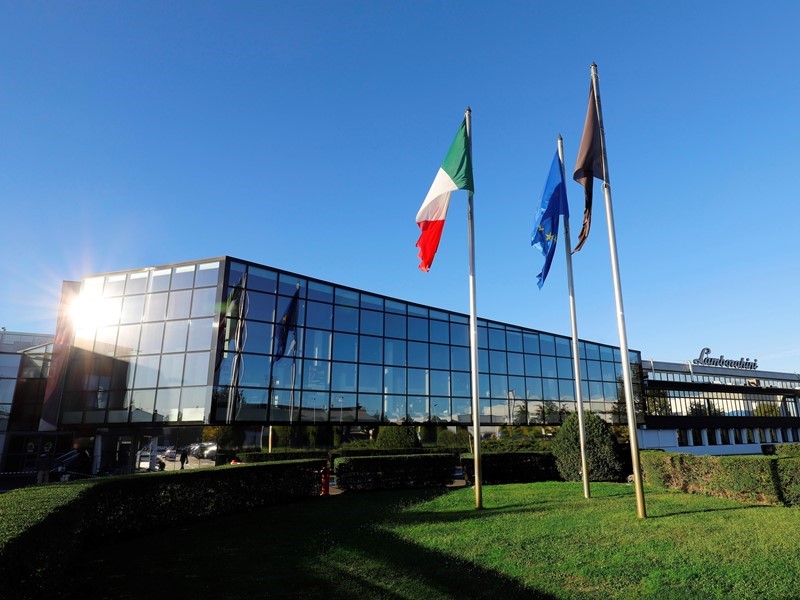 Automobili Lamborghini is once again confirmed as an increasingly attractive employer. For the fifth year in a row, the company has been awarded the prestigious “Top Employer Italy 2018” certification, an honor bestowed annually by the Top Employers Institute on companies with excellent workplace environments and advanced policies for human resource management.

This award is added to other recent company achievements: in 2017 Lamborghini enjoyed record sales, with 3,815 vehicles delivered worldwide (+10%); historic records set in all three macro-regions (America, EMEA, and Asia Pacific); and sales numbers almost tripling from 2010 to the present. 2017 also saw development of the production site, which was doubled in size in 12 months from 80,000 to 160,000 square meters for the Urus project, Lamborghini’s new Super SUV.

Lamborghini has also reached record workforce numbers: 500 employees have been hired on permanent contracts since the start of the Urus project, of which over 200 were appointed last year. The new hires brought the total number of employees to 1600 at the close of 2017. Joining these are further staff in the new paint department, which will be operational at the Sant’Agata Bolognese site by the end of this year.

Stefano Domenicali, Chairman and Chief Executive Officer of Automobili Lamborghini, commented: “Our history of success, now recognized for the fifth consecutive year by the Top Employers Institute, confirms that extraordinary results are obtained thanks to extraordinary people. Our goal is to put people at the center of everything we do. Investing in people and their well-being in the work environment is crucially important for us, in order to aspire to increasingly challenging goals.”

The company’s consideration of its employees is effected via a diverse program called People Care. In the field of health, the program includes campaigns for raising awareness about proper nutrition (even at the company restaurant); vaccinations; free breast cancer screening in cooperation with the LILT (Lega Italiana Lotta ai Tumori – The Italian Cancer League); and health insurance providing reimbursements and free prevention packages covering the entire family.

Employees who are pregnant can benefit from a host of services such as the maternity package contained in the health insurance policy; a maternity and paternity kit given to the proud parents of a newborn child; parking spaces reserved for mothers-to-be; and training programs such as coaching for new mothers who have returned to work. The company also offers compensation of up to 60% of salary during the period of voluntary maternity and paternity leave, and extra paid leave when caring for sick children.

In addition to such assistance, employees can take advantage of a flexible benefit system; a car pooling program; special agreements with day care centers; fitness centers; local businesses and cultural organizations; free-of-charge use of sports facilities; and dedicated events for employees and their families.

Automobili Lamborghini invests in training with a varied instruction program and a system for promoting academic degrees. What’s more, important partnerships have been set up with schools and academic institutes such as MIT (Massachusetts Institute of Technology) in Boston and the Bologna Business School Foundation. Just as important are the DESI project (Dual Education System Italy), a training program inspired by the German dual model that combines scholastic theory with practical in-company training, and involvement in MUNER (Motorvehicle University of Emilia-Romagna): a hub for high-level training in collaboration with major auto makers and important universities in the region.

In addition to these projects, Automobili Lamborghini supports prestigious local cultural institutions, such as the Cineteca di Bologna Foundation and the Bologna Municipal Theater. In 2017, in conjunction with the Municipal Theater, Lamborghini launched the program “Tracce Musicali”, which aims to disseminate and support musical culture among the youth and students of the region.

Labor union relations at Lamborghini also make the Sant’Agata-based company a virtuous model inspired by ongoing dialogue, transparency, and collaboration between the company and the union representatives.