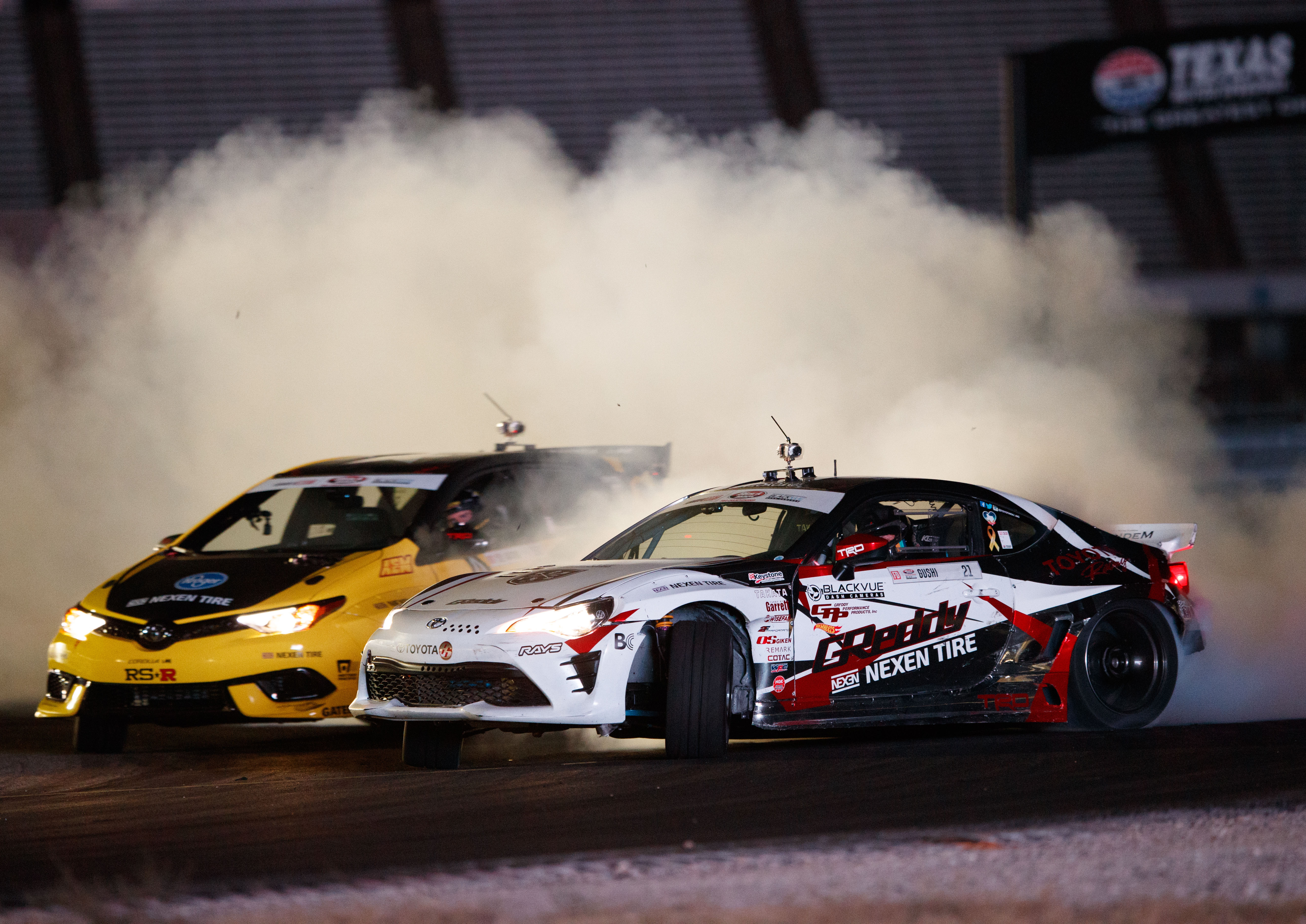 Sunday’s Cup Series race marks the second race in Round 2 of the Playoffs and Camry driver Martin Truex Jr. continues to lead the point standings as the championship hunt heats up.

Toyota drivers have opened the Cup postseason with four-straight triumphs – a first for any OEM in the current postseason format – and the manufacturer will look to become the first to win five-straight in a single season since 2014.

With Truex already advancing to the third round of the Playoffs after his Charlotte win, his fellow Camry MENCS drivers are currently in the top-nine in the standings going into the second of four races in this round. Denny Hamlin ranks fifth in the point standings while Kyle Busch sits sixth. Both drivers have previous Cup Series victories in a Toyota at Talladega with Busch winning in 2008 and Hamlin was victorious there in 2014. Camry driver Matt Kenseth is currently ninth in the point standings with two races remaining before the cutoff to the Round of 8.

The Truck Series race at Talladega marks the first cutoff event in the series’ Playoffs and the three Tundra drivers contending for the title currently rank in the top-three spots.

Toyota’s Christopher Bell and Ben Rhodes have both advanced to the second round of the Playoffs with victories in the first two races of the postseason. Matt Crafton ranks third in the point standings (19 points ahead of sixth-place) and will look for a solid finish at Talladega to advance to the Round of 6 following the race on NASCAR’s biggest oval.

While the Cup and Truck Series are in the thick of the playoffs, Toyota’s Todd Gilliland hopes to inch closer to locking up the NASCAR K&N Pro Series West title.

NHRA
In the NHRA Countdown to the Championship, five Toyota drivers will continue their hunt for a world championship this weekend at the FallNationals in Texas.

Brown returns to the Texas Motorplex this weekend as the defending Top Fuel winner after defeating Steve Torrence in the finals in 2016.The track also holds a special memory for Brown as the site of his first-ever NHRA Mello Yello Drag Racing Series victory when he won the Pro Stock Motorcycle final in 1999. The three-time world champion also won at the facility in 2012 and will be looking for his third Top Fuel win in Dallas this weekend.

“Our car is running good and we’re running consistent,” Brown said. “We have three races left and the last race is points and half, so we’re going to be right in the thick of things. Our game is elevating at the right time. We’re going to go into Dallas and give it all we’ve got and we’re not going to leave anything behind.”

Formula Drift
Formula D will conclude its season at the ‘House of Drift,’ Irwindale Speedway, in the final event for the series at the famed facility that is slated to close this winter. Toyota’s Fredric Aasbø enters the event ranked second in points, but needs points leader James Deane to falter in practice or qualifying to have a chance to win the 2017 championship.

Irwindale is widely regarded as the birthplace of drifting in the United States and Toyota 86 driver Ken Gushi grew up racing at the California short track.

“I’m definitely going all in for the last round at Irwindale because it’s going to be the last Irwindale Formula Drift ever,” Gushi said. “Whatever happens will happen, but I would not want to leave the remaining round with regret. I’m going all in with everything we have.”

The California track was the site of the first Formula D championship event 14 years.

The Formula D season finale will take place at Irwindale on Saturday, Oct. 14. The race will be tape delayed for broadcast on CBS Sports Network on Sunday, Nov. 12 at 3:00 p.m. ET.

POWRi
Toyota’s Spencer Bayston will be looking for his fifth-consecutive national midget racing feature win when the POWRi Lucas Oil National Midget League heads to Jacksonville, Illinois for a pair of races on Friday and Saturday. Nine Toyota-powered entries are expected to contend for the manufacturer’s 33rd and 34th national feature wins of the year.