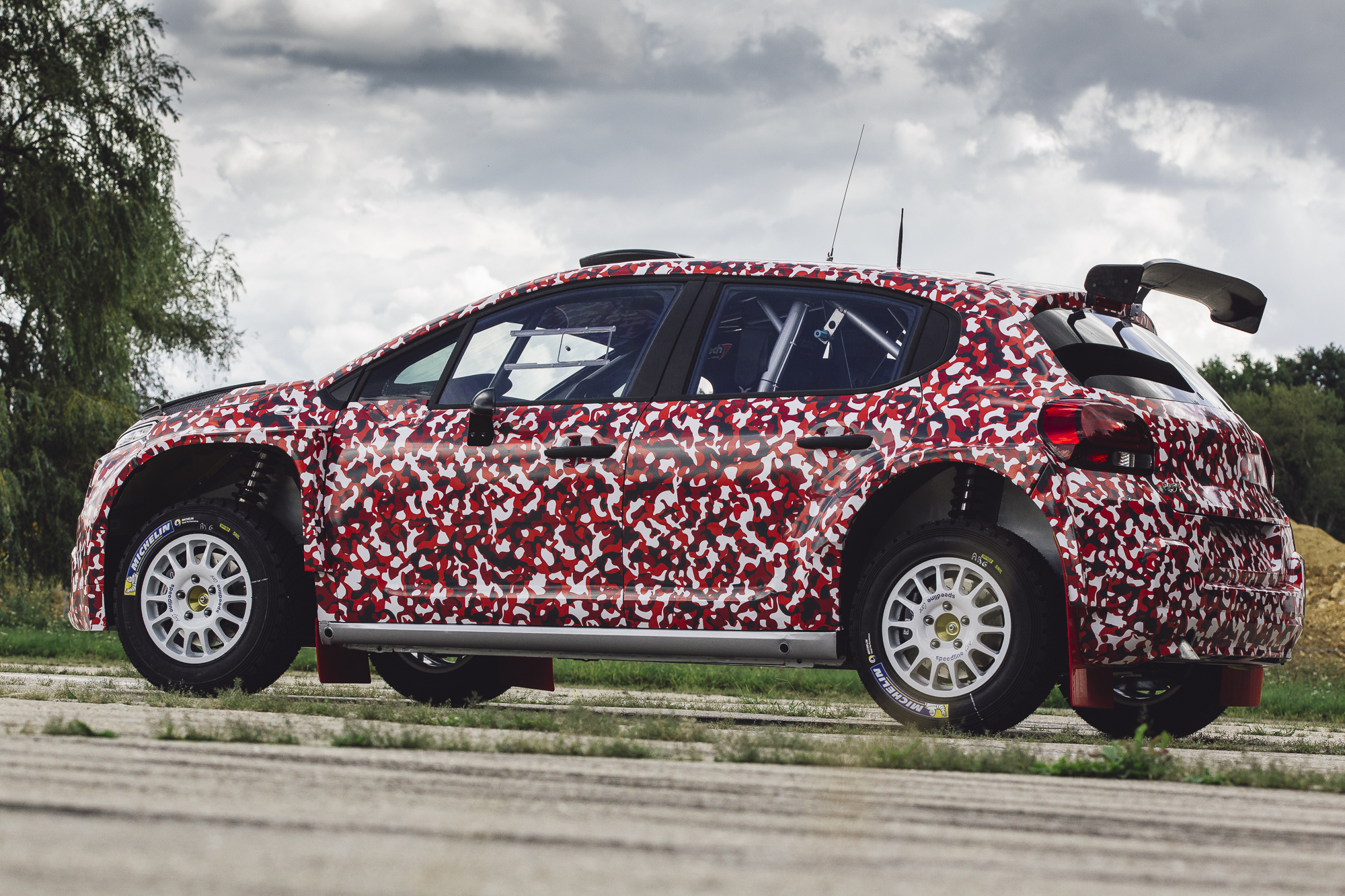 Since 2013, the R5 regulations devised by the FIA have led to the appearance of a new generation of rally cars. Designed for private teams and drivers, these reduced-cost products are often described as “mini-WRCs” due to their technical characteristics: four-wheel drive, 1.6-litre direct injection turbo engine generating about 280bhp, sequential semi-automatic gearbox, etc.

The success enjoyed by the category also comes down to its universal appeal: the R5s compete in the WRC 2, the ERC and in most of the national championships. The cornerstone of the renewed customer racing line-up at Citroën Racing, the C3 R5 will shortly be ready for competitive action!

“We are reaching an important milestone this week with the first development tests of the car, which is already close to the finished product,” explained Yves Matton, Citroën Racing Team Principal. “The specifications given to the technical teams are clear: we want the Citroën C3 R5 to set new standards in the category, in terms of performance, reliability and controlled operating costs. In order to create an entirely new product, we used all of Citroën Racing’s experience in the WRC, adding contributions from leading technical suppliers such as Sadev for the transmission and Reiger for the suspension systems. Our works drivers will also be taking part in development of the car: Stéphane Lefebvre and Craig Breen are driving in this first session, along with Yoann Bonato, the current leader of the French Rally Championship.”

Design work on the Citroën C3 R5 began about a year ago. In addition to the work done in the design and calculation office, most of the mechanical components have been tested in real conditions, on test mules driven since the start of 2017.

“For the first outing of the full car, we are already pretty close to the definition that will be offered to customers. The sessions are being held on gravel, on sufficiently varied road surfaces to test the car’s robustness and begin fine-tuning the basic set-up,” explained Pierre Budar, Development Director, Customer Racing Vehicles. “There is a direct link between the C3 R5 and the C3 WRC: for example, the roll cage of the two cars was designed by the same engineer. Some solutions have been re-used, whilst adapting them to the constraints of the regulations and small-scale production. Similarly, the engine has been developed in-house, based on the unit used on the production model, therefore providing the greatest potential in terms of performance and reliability. We have also chosen to work together with the best suppliers. Overall, we have an even, consistent product, capable of meeting the goals of the customers that choose the Citroën C3 R5.”

Following these first test sessions, Citroën Racing will be pursuing development of the C3 R5 on both gravel and tarmac, calling upon various drivers with different profiles in order to achieve a genuinely versatile product. FIA homologation is scheduled for 2018.

Citroën Showcases Its Boldness and Creativity at the 2017 Fubiz Talks