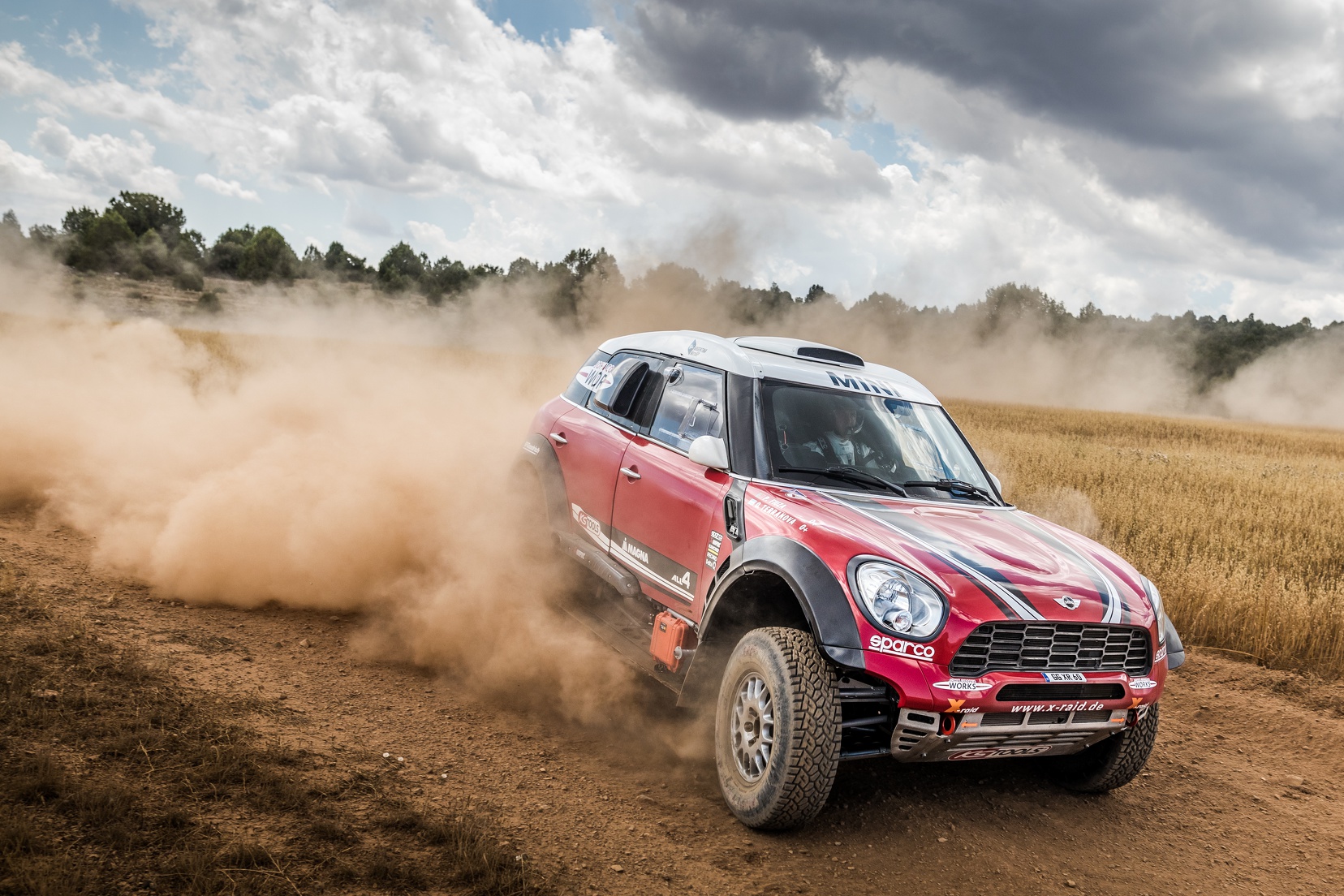 Rallye OiLibya du Maroc is race 10 and the penultimate round of the 2017 FIA Cross Country World Cup calendar. This race is not just the last chance for competitors to shine at one of the most competitive cross-country rally events, but also to reacquaint with racing in desert conditions ahead of the 2018 Dakar Rally. For MINI Motorsport partner X-raid, it is also the signal to sign off a successful year of continued test and development of MINI racing cars, again in readiness for the “big one” – the Dakar Rally.

Seven MINI crews are ready to tackle the dust, sand and dunes of Morocco. The racing action starts on Thursday 5th October with a 12.16 km Super Special section close to the ancient city of Fez. This short but spectacular race is to not only establish a start order for the next day, but also to show the watching locals and world audience what exactly makes cross-country racing the most spectacular long-distance motorsport today and all within a controlled viewing arena.

The seven crews of the MINI family will contest to take the win but it is the pairing of Jakub Przygonski (POL) and co-driver Tom Colsoul (BEL) who will be racing with a defensive strategy. Currently second in the FIA Cross Country World Cup, Przygonski will want to safeguard that position, while at the same threaten for the top spot and extend his racing experience.

Building on their new “work” relationship will be Mikko Hirvonen (FIN) and co-driver Andreas Schulz (GER), who will be keen to improve on their last outing together at the Hungarian Baja 2017 (round eight), which saw the pairing shine brilliantly by completing the race in second place.

Another duo keen to shift Moroccan desert from under the wheels of a MINI is that of American duo Bryce Menzies and Peter Mortensen. After the last minute retirement from the start of the 2017 Dakar Rally, both Menzies and Mortensen are keen to make their up and coming debut Dakar a memorable one. Racing time in Morocco will be time well spent in every aspect of endurance rallying.

Fresh from victory in a MINI ALL4 Racing at Argentine’s Desafío Ruta 40 Norte, Orlando Terranova (ARG) and Bernardo Graue (ARG) are sure to be focused on challenging for the front but at the same time focussed on preparation for the extremes of Dakar. This will, like all crews, include navigation, which is notoriously difficult in the barren regions of South America.

Former Dakar winner (2014 – MINI ALL4 Racing) Nani Roma (ESP) takes to Moroccan ground for his first outing with MINI in 2017. Together with compatriot Alex Haro, it shouldn’t take this pair long to familiarise with the reliability and all-round performance of a MINI racing car.

Boris Garafulic (CHI) last made his appearance within the MINI Family at the 2017 Dakar Rally. With this in mind and the prospect of competing at the 2018 Dakar Rally, Garafulic is keen to experience X-raid’s long-standing development practice that has enabled MINI to amass four Dakar race-win titles in succession. Filipe Palmeiro (POR) is his co-driver for the Moroccan race.

Vladimir Vasilyev (RUS) with friend and co-driver Konstantin Zhiltsov (RUS) are the final duo to make up the seven MINI crews to contend Rallye OiLibya du Maroc. The combined experience of these two men is wide as it is long and means they should never be discounted from pushing the competition all the way.